The Deranged Drivers & Cutthroat Cars of Death Race: Beyond Anarchy 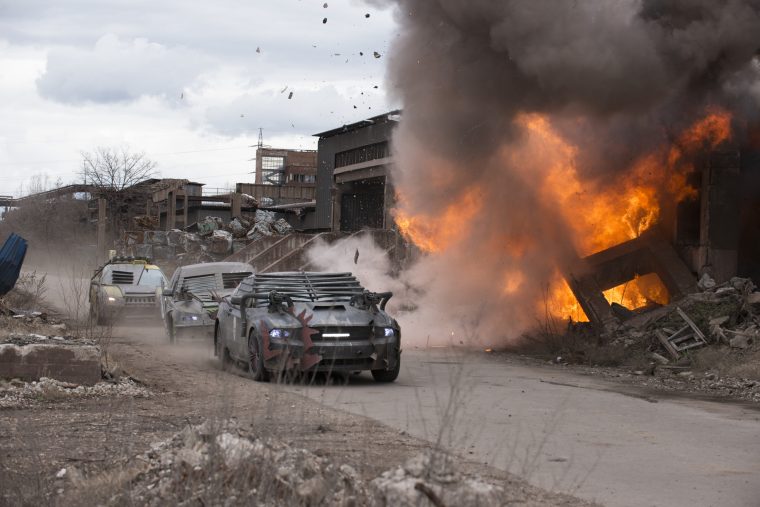 The newest Death Race movie has arrived, and with it 11 fearsome drivers competing in a ferocious battle to the death to become king of The Sprawl. Across four stages, these ferocious vehicles will go head-to-head in a pedal-stomping, gear-grinding battle viewed by 54 million viewers via 250 live camera feeds. These are the competitors, the cars of Death Race: Beyond Anarchy.

Profiles of the drivers and cars of Death Race: Beyond Anarchy

The director Death Race: Beyond Anarchy, Don Michael Paul, wanted the personalities of the drivers to be memorable and unique, and to make sure that each car matched the characteristics of its operator. Needless to say, all the drivers are just as aggressive, flamboyant, and unhinged as their vehicular counterparts.

If you’re interested in learning how the filmmakers and crewmen modified these custom cars, the DVD/Blu-Ray release of Death Race: Beyond Anarchy includes a behind-the-scene featurette titled “On the Streets of Death Race: Beyond Anarchy.” It provides a glimpse into how the mechanics crew stripped the production models of their seats, dashboard, liners, and floorboards to   prepare the cars for extreme stunts.

A Violent, Vehicular Legacy: Learn the history of the Death Race franchise