Detroit’s Cobo Center Is Getting Ready for NAIAS 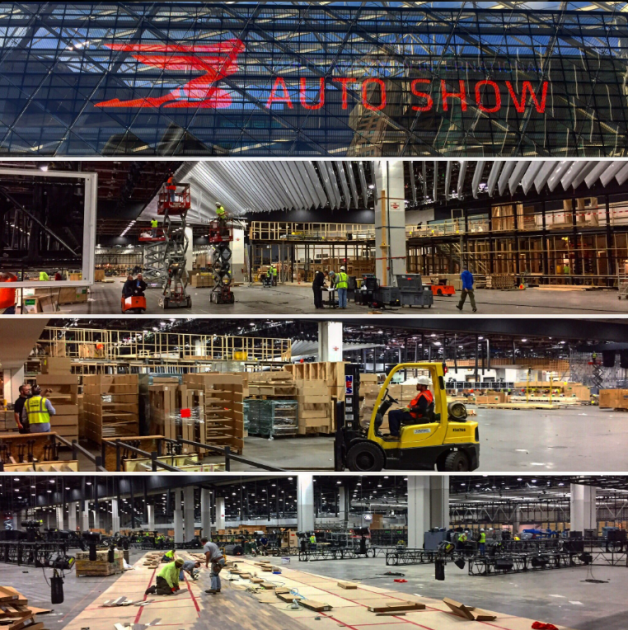 The North American International Auto Show kicks off in Detroit on January 8th, which is just a little bit more than a month away. With each major manufacturer expected to attend and many high-profile reveals planned, it is imperative that everything goes smoothly. That is why setup is already underway at the Cobo Center, and has been going on since mid-October.

From the outside, that seems like a ridiculously long period of time to set up for a 10-day auto show. You have to remember, though, that this event is the time for brands to shine, especially for the Big Three auto manufacturers. Even foreign automakers are more involved than ever because it is the first chance they have in the new year to show off what’s coming up in the months ahead in the United States.

T-minus 39 days and counting! The @cobocenter show floor is buzzing with activity. pic.twitter.com/Aomur5L9mo

According to The Detroit News, 75% of the show floor of NAIAS will be redesigned or all-new from previous years, thanks to the more than 40 expected vehicles that will meet the world here. Brands are going bigger than ever, with stages and displays that cost millions of dollars, hence why they take three months to set up. Industry observers believe that, while new vehicles will be unveiled, the focus this year will be on the new technologies being introduced to vehicles. This is especially true for new infotainment features and any autonomous driving technologies that are going to be integrated into existing models.

The theme of this year’s NAIAS is ‘All Roads Lead to Detroit’, and considering the high profile of this show, it is certainly true in America. We cannot wait to see everything shiny and new in Detroit this January.