She'll replace Chuck Stevens, who's retiring after 40 years of service 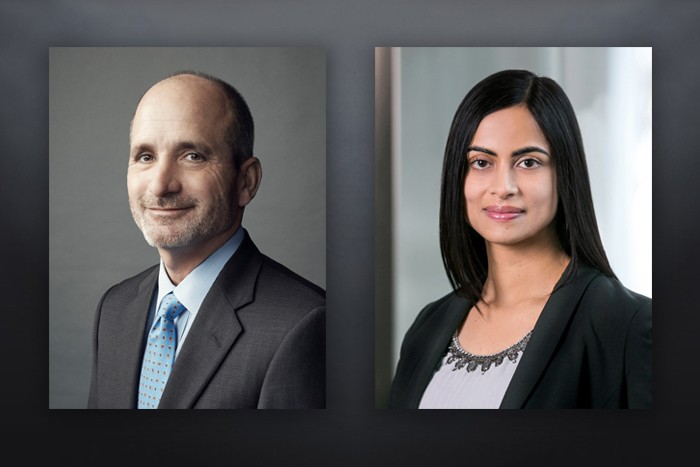 GM Chief Financial Officer Chuck Stevens, left, is retiring and will be replaced by Dhivya Suryadevara

General Motors is getting a new chief financial officer, and she’ll be the first woman to serve the company in that position.

Dhivya Suryadevara has been appointed as executive vice president and CFO, effective Sept. 1. She’ll report to GM Chairman and CEO Mary Barra, who became the first female automaker CEO in 2014. Suryadevara is replacing Chuck Stevens, who intends to retire next year after more than 40 years of service at GM.

Suryadevara has worked for GM since 2005. In her current position as vice president of corporate finance and in her previous executive roles, she has helped lead GM’s acquisition of Cruise, its Opel divestiture, and its investment in Lyft. She has also helped the company acquire credit ratings upgrades and manage investments for its $85 billion pension operations.

“Dhivya’s experience and leadership in several key roles through our financial operations positions her well to build on the strong business results we’ve delivered over the past several years,” Barra said.

Crossover Comparison: Learn more about the Chevy Traverse and the Chevy Equinox

Stevens’ retirement isn’t effective until March, and he’ll stay with the company as an advisor for a few months after Suryadevera takes over in September.

“Chuck has played a crucial role in driving profitable growth across the enterprise for the last several years, as well as being a vital part of the development and execution of all aspects of the core and future business strategies for the company,” Barra said. “Chuck has built a very strong team of financial leaders around the world who serve as important business partners across all markets and operations.”

Stevens has worked for GM since 1978. He has served as CFO since 2014. Before that, he was the CFO for North American operations and was a leader of GM’s global operations.