Did You Know? Those Reflective Blocks Embedded in the Road Are Called Cat’s Eyes 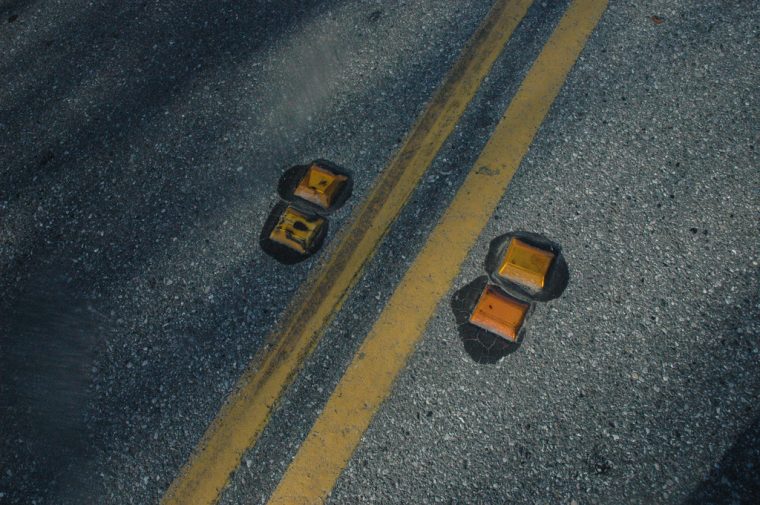 Do you know what these devices are called?
Photo: Matt Adams via Flickr/cc

One of the most valuable devices in driving safety over the past century has been the cat’s eye—yet, most people don’t even know what it is or that it bears that name.

If you’ve driven down a dark, rural stretch of road through the countryside, you’ve seen periodic glimpses of light flashing up at you from the median. If you’ve gotten close enough to inspect these devices embedded in the pavement, you’ve realized that they’re not light projectors—they’re light reflectors.

They’re called cat’s eyes; here’s how they work and how they were created.

The History and Function of the Reflective Cat’s Eye 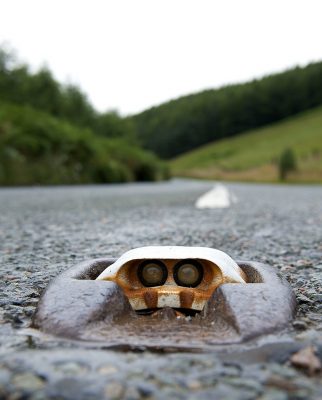 Cat’s eye design most common in the UK
Photo: Tim Simpson via Flickr/cc

English inventor Percy Shaw created many gadgets, but he’s most widely recognized for his contribution to road safety: the cat’s eye. He developed this reflective road stud in 1934 to help driver’s follow the road in the dark or fog. He was inspired by how vehicle headlights reflected on road signs. Eventually, the device caught on and became mandatory on British roads, well before reflective paint was widely used to mark medians and shoulders.

The device used glass encased in rubber and metal to precisely reflect light rays from vehicle headlamps back at the driver. Over time, the stud was simplified and refined into a rubber block with abrasion-resistant glass (how most of the markers in America are).

Today, cat’s eyes are becoming more high-tech. They’re gradually being replaced with solar-powered LED versions, which can be seen 10 times further than reflective cat’s eyes and can run for days on a single charge. These high-tech replacements are supposed to last three times as long and cost three times as much. Maybe that means less frequent road construction? One can dream.