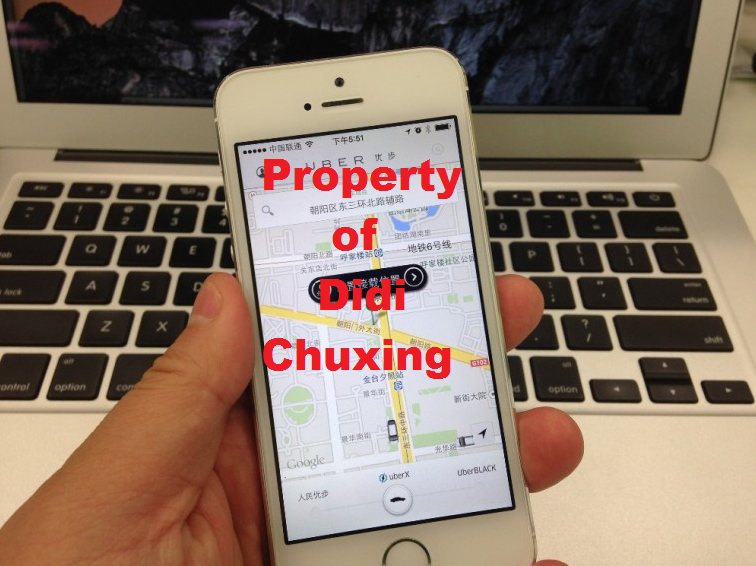 If you have followed Uber’s foray into the Chinese market, you already know that it has been met with myriad difficulties, from not being explicitly legal to a much, much larger competitor in Didi Chuxing, a huge company which offers the same sort of ride-hailing service, while also offering taxi hailing, private car hiring, and designated drivers.

Well, one of those problems was sort of taken care of by new legislation, which left Uber fighting with a much larger company for control.

No longer—pending approval by the Chinese Ministry of Commerce, Didi Chuxing will be buying out its rival Uber China for $1 billion, with a promise to invest a further $1 billion in Uber Global and to place Uber CEO Travis Kalanick on the Didi Chuxing board and Didi founder Cheng Wei on the Uber board. Shareholders in Uber China and Uber Technologies will be given a 20% share in the combined company.

In the exchange, Didi would be acquiring its rival’s business as well as Uber China’s customer lists and branding, pushing the company’s valuation up from $28 billion to $35 billion.

Uber China’s footing has seemed somewhat unstable since April, when Didi Chuxing announced that it was seeking $1 billion in investments to fight off Uber’s growing influences, a month after which Apple invested $1 billion in Didi Chuxing (an amount equivalent to the money Uber was losing yearly in China anyway), after Didi Chuxing had already partnered up with Lyft and other ride-related service to give it access to markets in India and Southeast Asia.