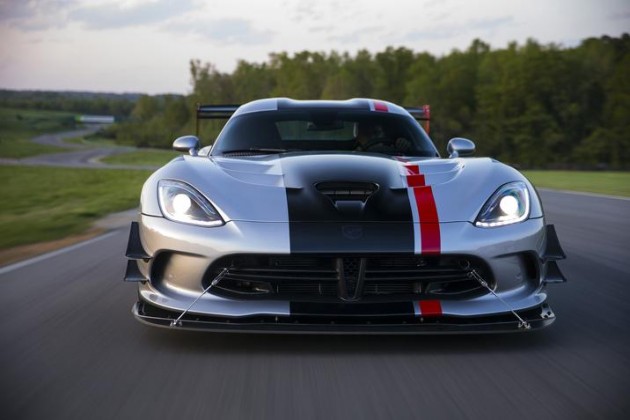 There’s nothing like being at the wheel of a true performance car. The rumble of the engine, slight vibration underneath your hands, the exotic good looks—it’s truly the experience of a lifetime. But in the automotive industry, there’s always been an argument regarding the finest sports car ever built. While a lot of people turn their heads towards the exotics like Ferrari and Porsche, it turns out the best sports cars are actually American-made—and the Dodge Viper ACR is one of them.

The Viper ACR was recently named one of the top three performance cars in the industry by the highly regarded Road & Track magazine. It beat out the likes of the exotics, coming in third after two other domestic models.

“The craft of building a really fine performance automobile has returned to the Motor City,” said Road & Track editor Larry Webster in a recent interview with the Detroit Free Press. “It’s like the engineers are sitting in meetings asking, ‘What’s the coolest thing we can do?’. The domestic manufacturers are giving their engineers more freedom to than any other companies in the world and we’re the beneficiaries.”

After examining the driving experience and character of the car, the automotive magazine’s editors determined the cream of the crop. The Dodge Viper ACR easily came out in the top 3, only being outperformed by the Corvette and ‘Stang. It even beat out the Ferrari. If the newest Viper isn’t a terrific performance car, we’re not sure what is.