Does this Sound Like a 2016 Chevy Camaro Turbo Engine to You? 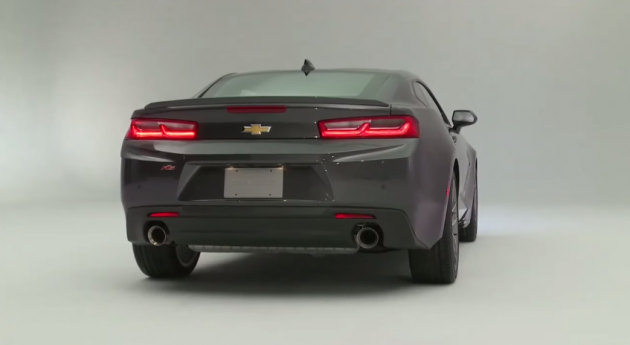 Before the 2016 Chevy Camaro was unveiled in mid-May, General Motors teased the upcoming debut by releasing the sound of its roaring Gen V Small-Block V8 engine. The automaker even turned it into a ringtone for the pony car’s true fans to download.

In case you were still using Whiz Khalifa’s “See You Again” as your ringtone back then, here’s what it sounded like:

Now, below you’ll find a new video which purports to show the exhaust note of the Camaro’s base engine, a 2.0-liter turbo four-cylinder, which yields 270 horsepower and 290 lb-ft of torque.

Compared to the V8’s rich and throaty engine noise, this one’s a bit of a disappointment:

Related info: New 2016 Camaro is Lighter but Better than Ever

Obviously the Turbo is going to always sound wimpier than the V8, but it sounds particularly unimpressive here. But the question is, of course, is it real?

The video is clearly stock footage from the Camaro’s debut (which freeze frames ten seconds in), with an audio overlay of the supposed Camaro exhaust sound. There’s also a lot of wind present in the recording, which strongly suggests that it was recorded outdoors.

So, did “exhuastROAR” actually manage to get a recording of a base Camaro being revved up outdoors, or is this whole thing a sham?

Who knows? Right now, though, that V8 option is sounding better and better.