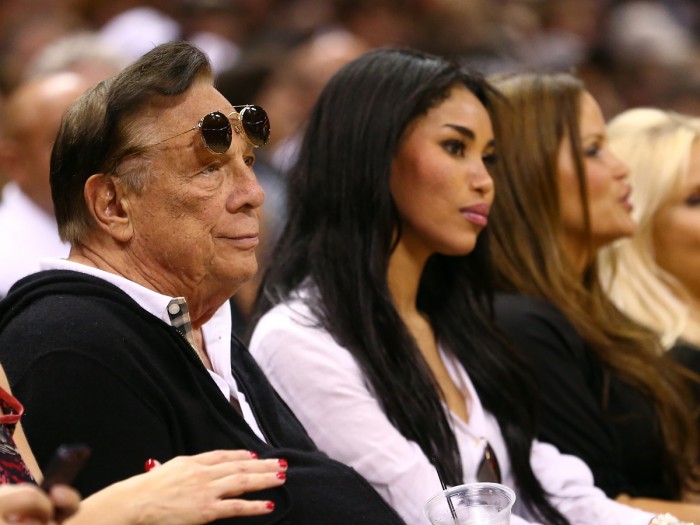 After audio surfaced this weekend and further proved that Los Angeles Clippers owner Donald Sterling is a vile racist, it didn’t take long for everyone from President Obama to Michael Jordan to condemn the statements heard in the recording. Reigning league MVP LeBron James said “there is no room for Donald Sterling in our league,” and Hall of Famer Magic Johnson has gone on record as saying that Sterling “shouldn’t own a team anymore.” Today, CarMax has announced that it will end its nine-year sponsorship of the Clippers in light of Sterling’s comments, while Kia—who recently teamed with Clippers power forward Blake Griffin for a number of ads—has announced that they will be suspending their partnership with the team. State Farm has also announced that they “will be taking a pause in our relationship with the organization,” though they intend to continue their advertising partnership with Clippers star Chris Paul.

KIA: We are suspending our advertising and sponsorship activations with the Clippers

State Farm in statement regarding Clippers: “We will be taking a pause in our relationship with the organization.”

In the audio (via Deadspin), Sterling is heard chiding his girlfriend for “broadcasting” her relationships with “minorities” across social media and bringing friends of different races to Clippers games. He equates having friendly relationships with black and Hispanic people to “talking to an enemy” while also displaying his deeply misogynist tendencies by stopping just short of ordering his girlfriend to keep her relationships private. It should also be noted that Sterling has a wife of more than 50 years, Rochelle, who has come out against her philandering husband and his “small-mindedness.”

In short: Donald Sterling is an awful human being who doesn’t deserve much of the good fortune that has found him in life. He was previously sued by the U.S. DoJ in 2006 for housing discrimination, and by former Clippers exec Elgin Baylor for employment discrimination in 2009. So Sterling is not just a passive racist by any means; he backs up his nauseating talk with equally repulsive actions. 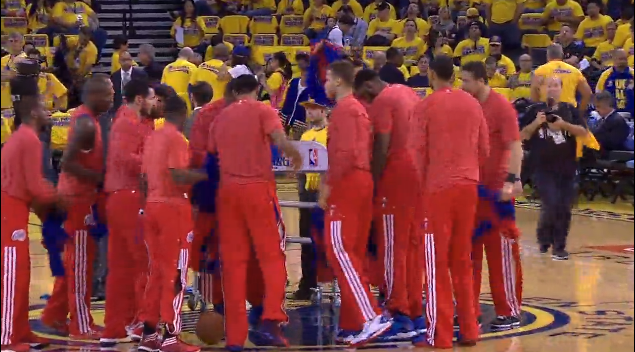 Prior to yesterday’s game at Golden State, the Clippers made a silent gesture of solidarity by wearing their warmup gear inside out and dumping it in a pile at center court. With the team still in the hunt for a championship and coming off of a drubbing, things don’t look to get any easier for players and personnel from here on in with new commissioner Adam Silver weighing disciplinary options.

With any luck, the loss of sponsors such as CarMax, Kia, and State Farm will facilitate the league’s actions and ultimately lead to the ouster of Sterling. Clearly, in a league populated by people from diverse backgrounds and cultures and looking to become a global brand, there is no room for someone like Donald Sterling, who can’t seem to bring himself anywhere near the 21st century. 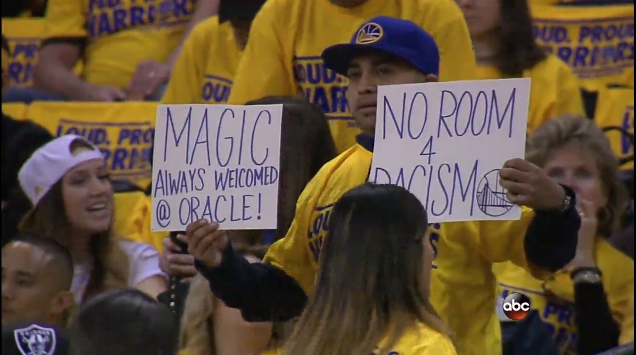