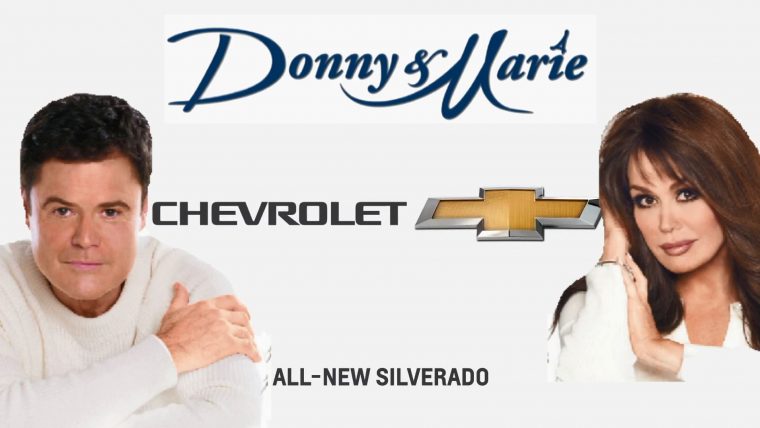 A fake banner created by Donny that he used on his Silverado commercial mash-up
Photo: Donny Osmond via Facebook

As part of General Motors’ “Real People, Not Actors” campaign, the automaker is launching the all-new 2019 Chevrolet Silverado 1500 with a new 60-second ad spot that puts a unique spin on Donny and Marie Osmond’s signature hit, “A Little Bit Country, a Little Bit Rock ‘n’ Roll.” Instead of just playing the catchy 1970s tune, the commercial stars real Silverado drivers – not actors ­– speaking the lyrics to the classic song.

Tough, Stylish, and Adaptable: Best ways to customize your Silverado

After seeing his song used in the Silverado commercial, Osmond tweeted, “I’ve never owned a Chevy #Silverado, but it sounds like it’s time to test one out. What do you say, @Chevrolet? Can you make it happen?”

If you put @DonnyOsmond in a #Silverado, will that make the truck more rock ‘n’ roll? 😜

I’ve never owned a Chevy #Silverado, but it sounds like it’s time to test one out. What do you say, @chevrolet? Can you make it happen? https://t.co/WoUT4oHZ3g

Osmond’s interest in the ad didn’t stop there. The original ad showcased average ranchers, business people, families, construction workers, soldiers, and rodeo clowns. Despite celebrities being excluded from the crowd, Donny wanted in. On his Facebook page, he posted a remixed version of the commercial, integrating video clips of himself and his sister singing the original song.

Although Chevrolet hasn’t given a response, Osmond’s fans are eager to see him take a Silverado for a spin. Some even tweeted selfies with their own Silverado, and sung the vehicle’s praises to him.

Donny Osmond and Chevrolet would certainly make for a unique partnership. While it’s too soon to tell, maybe Donny Osmond will eventually join the ranks of celebrities who received Chevys as presents.