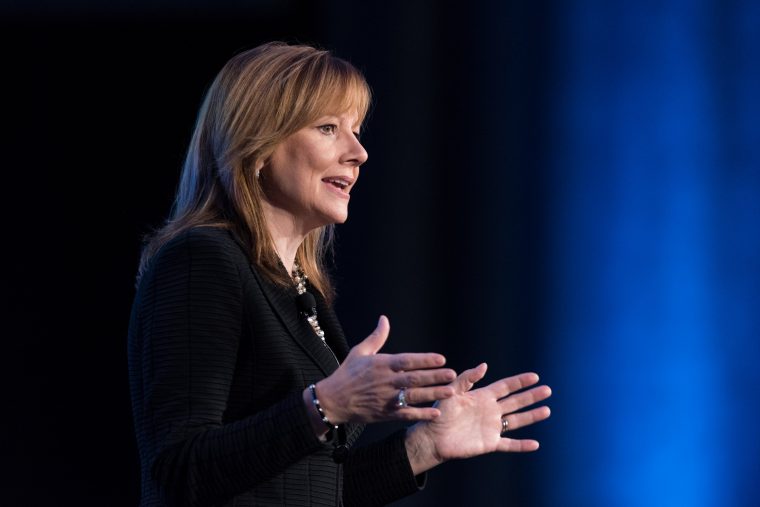 As a woman in the auto industry, there are few highly-visible women I can look up to when writing articles. I am fortunate enough to be covering General Motors, which means that every day when I look up new topics to write about I usually end up searching the web for Mary Barra. Imagine my shock today when I opened my browser to see rumors and speculation that Ms. Barra was getting ready to leave GM . Not only leave GM, but perhaps leave the auto industry as well. I definitely had to set my mug of tea down for a few minutes.

Squeaky Clean: Learn some good cleaning tips for this spring

These rumors are not new. During the contentious 2016 presidential campaign, it was discovered that Barra made one of the many lists of candidates floating around to stand alongside Hillary Clinton as Vice President. After the election of Donald Trump, she has been making a fair amount of visits to the White House to talk to the new administration. Apparently all of her travels to Washington, DC (and vocal opinions about trade deals) tipped the press off that perhaps she had aspirations of her own in politics.

When interviewed by Adam Jonas of Morgan Stanley about her possible plans to leave General Motors, Ms. Barra said that she is “150% committed” to the auto giant. This isn’t surprising, considering she has been at the company for 37 years.

That sound you might have just heard is me letting out a sigh of relief. Don’t get me wrong, what Marry Barra does with her career is totally her business, but right now she stands alone as the only female CEO of a major automaker. That makes her a beacon for girls and women in STEM fields looking to prove that they have what it takes, and as long as she stays in this visible position, the more opportunity there is for girls to see that they too can be engineers and CEOs.

Ready To Drive: Check out the car maintenance you need to do this spring

Long may you reign in Detroit, Ms. Barra. Not going to lie, if you do run for president on your own, I’ll be the first in line for your campaign.