Benjamin Bratcher, 37, could serve jail time for doing what any good, honest American would: driving his Mustang out onto the Churchill Downs infield and ripping that thing up but good. #PATRIOT 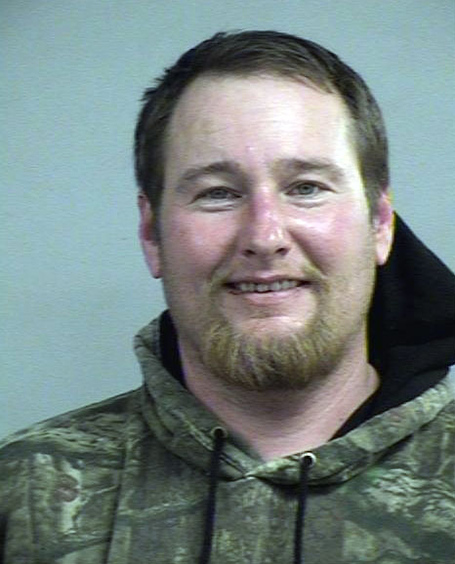 Churchill Downs, the home of the annual Kentucky Derby, is one of America’s most iconic tracks. Every year, a field of roughly twenty of the world’s most powerful and majestic thoroughbreds wow crowds in excess of 150,000 as they “Run  for the Roses” with victory—and perhaps even a Triple Crown—in their sights.

If you’re Benjamin Bratcher, you could care less about majesty and delicacy, because you’re all about Busch Light and Nickelback records and that sweet, sweet Skoal. You’re hellfire, brimstone, and Cheeto dust licked off of your fingertips before grabbing handfuls of $2 bills to stuff into the bikini bottoms of topless dancers. You love MMA and Ted Nugent and American flags and hate all things that would have anyone think that you are anything less than a man. No, not a man. The man. Benjamin Bratcher is the man, which is precisely why was arrested for fulfilling his obligation to all things ‘MURICA and doing donuts in the infield of Churchill Downs on March 31.

Because he is Benjamin Bratcher, the man, and because this is ‘Murica, he did his donuts in his sweet Mustang. If eagles can cry, they are all weeping with joy. All of them.

Bratcher was working Churchill Downs as a substitute construction worker when he decided, “somebody needs to burn some rubber up in this piece.” He was caught on camera ripping up turf in his Mustang around 2:30pm, though it was not confirmed if he was blasting “Here I Go Again” and rocketing crushed up beer cans out the passenger window while doing so.

Bratcher’s Mustang, probably some rust-bucket King Cobra that he half-restored from a scrap heap before getting distracted by a Duck Dynasty marathon, caused $1,000 in damage to the infield grass. According to WDRB.com, Bratcher admitted that he indeed drove his Mustang on the infield (as if it wasn’t made obvious enough by the sight of sloppy pattern of intersecting mud circles and the tell-tale spatter all over his Yosemite Sam mud flaps) and stated that he didn’t think he caused that much damage. It’s also entirely possible that Bratcher was misquoted and instead said that he didn’t do enough damage. You best watch your ass, Churchill Downs infield, because Ben Bratcher has a score to settle with you when he gets out of the pen. 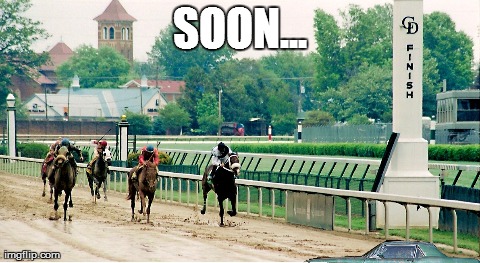 Bratcher was arrested and charged with felony first-degree criminal mischief. WDRB did not confirm, however, whether or not Bratcher popped the Mustang’s trunk to allow the officer to look inside where, upon the revelation of nothing, he stated that was where the officer would find “the amount of f*cks I give.”

You are an American hero, Benjamin Bratcher. Shine on, you crazy, tobacco-stained diamond. Shine on.