Doug DeMuro: Why You Need to Watch His Car Reviews 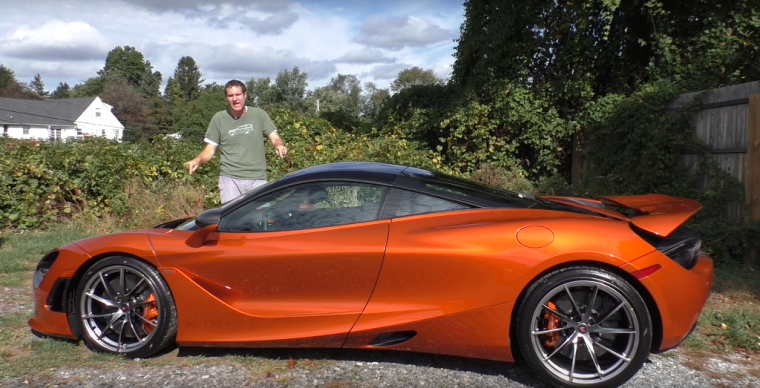 YouTuber and Autotrader contributor Doug DeMuro is widely popular for his car review videos. In fact, his YouTube channel just surpassed 1 million subscribers, and his channel has nearly 226 million views and counting. Car enthusiasts love his videos, and with good reason. But what is it that makes Doug’s videos so widely enjoyed? What’s the secret to his success? Well, we don’t have a definite answer from Doug, but here are a few of our guesses.

When you’re watching one of Doug’s videos, you won’t hear him hype up a vehicle unconditionally. Even with his favorite vehicles, like the Mercedes CLK63, he will critique the vehicle or point out odd features. He dives into the details of each vehicle and points out the things he likes, loves, and doesn’t like. In fact, he’s spent entire videos critiquing, making fun of, or destroying vehicles, like the Chrysler PT Cruiser.

Doug has a quirky and fun sense of humor and constantly pokes fun at silly features on a vehicle. He also isn’t afraid to make fun of a vehicle, or a transform a joke into a video. In fact, he made an entire video called, “Here’s Why the Tesla Model X is an Awful Car,” sarcastically disproving many of the complaints from anti-Tesla consumers about the Model X.

Hearing Doug talk about cars, their functions, their features, and their history, you can tell he knows what he’s talking about. Doug dives deep into the history of a vehicle, its manufacturer, and the specs under the hood of each car. As he’s test driving vehicles, he does a fantastic job of describing his driving experience.

Doug shies away from excessive amounts of car lingo. In fact, Doug does such a great job at explaining the terms, features, and performance aspects of the car, meaning his videos are accessible to mass markets. This is probably one of the main reasons he such a large following. His videos aren’t just for car experts; they’re for everyone wanting to learn more about cars and specific vehicles.

If you’re wanting to learn a bit more about cars, or you’re on the hunt for a specific vehicle, Doug’s car reviews on his YouTube channel are a great place to start.