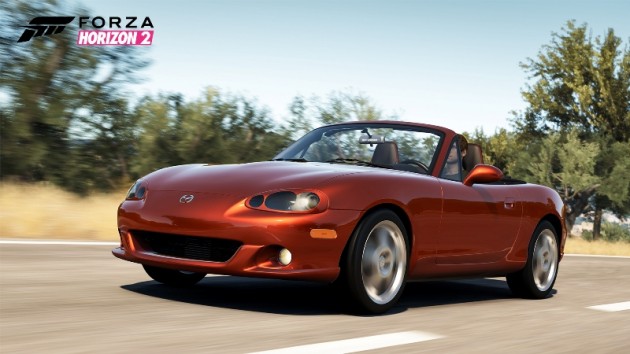 Want a free car? Who doesn’t!

While Mazda and Microsoft aren’t giving away the real thing, they’re teaming up to offer an exclusive free download of the redesigned 2016 Mazda MX-5 Miata in Forza Horizon 2. You can see in-game footage of the red-hot MX-5 in Forza Horizon 2 in the sneak peak trailer below.

Related: What makes the new MX-5 bioplastic parts so revolutionary? 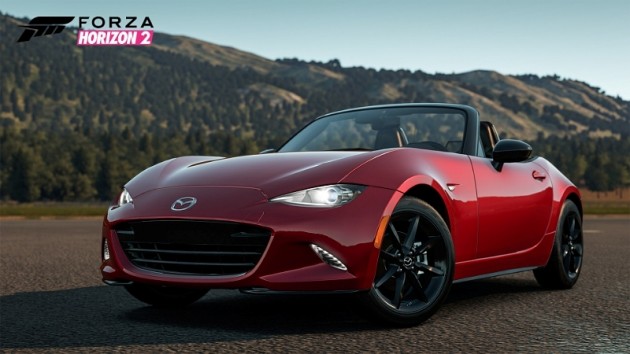 This breathtaking package for the highly-successful Forza Horizon 2 video game not only includes the newest-generation MX-5 but also many other one-of-a-kind Miatas which can be collected and driven on the Xbox One: the 1990 Mazda MX-5, the 2005 MaAZDASPEED MX-5, and the 2010 Mazda MX-5 Super 20 SEMA concept.

The stunning detail of the virtual rendering of the 2016 MX-5 reveals the impact of Mazda’s KODO-Soul of Motion design philosophy on the newest roadster, as well as the intricacy of the brand’s engineering. To download the car pack, after logging into Xbox Live on Xbox One, find the Mazda landing page. Then, you can take a test drive of the newest roadster months before the physical car arrives at dealerships. 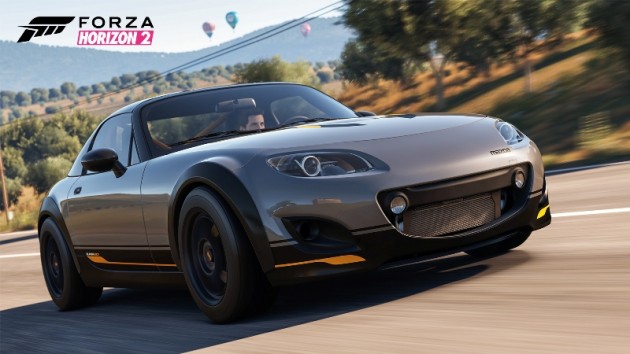 If that’s not enough Mazda goodness for you, by downloading the MX-5 Miata vehicle package for free, Forza Horizon 2 players will be able to compete in the Time Trial Rivals Contest. The winning prize? A brand new, real 2016 Mazda MX-5 Miata! Read all the details here.

“In the past, Miata was always a product of the analogue world, but this new 2016 model is the most sophisticated and digital yet, while still being a throwback to everything that made the original 1990 car so special,” explained Russell Wager, vice president of marketing for Mazda North America. “While the physical car doesn’t go on sale until later this summer, we’re excited to give fans an opportunity to get behind the virtual wheel in Forza Horizon 2 to drive it before they can buy it.” 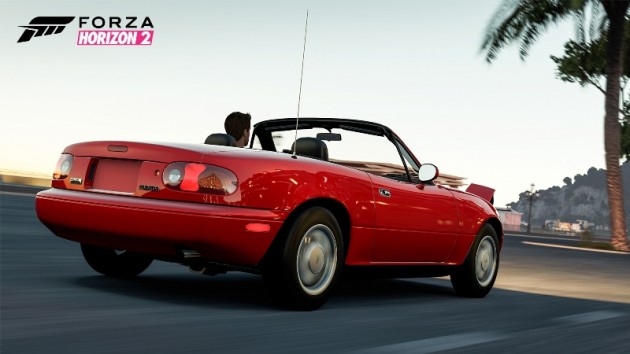 No MX-5 car pack would be complete without the iconic 1990 model
Photo: Mazda, Forza Horizon 2

The MX-5 package will be available for download beginning March 17th. If you can’t wait until then, head to the SXSW Gaming Expo in Austin, Texas, to plug into the virtual 2016 MX-5 on a state-of-the-art driving simulator.

Here’s a preview of what you’ll be enjoying at SXSW or on your Xbox One:

Related: Check out the next MX-5 engine lineup