The trailer for Arkham Knight gives us our first look at the new Batmobile.

This morning, Warner Brothers confirmed through Game Informer that the next and final game in Rocksteady’s Batman video game series will release later this year. Batman: Arkham Knight will release sometime in 2014 for Playstation 4, Xbox One, and PC, and I couldn’t be any more excited. Its predecessors, Batman: Arkham Asylum and Batman: Arkham City were the games that Dark Knight fans had been waiting for (last year’s prequel, Arkham Origins, was not at all bad but not nearly as impressive or ambitious), but there has been something consistently missing from the formula. It appears that Rocksteady is ready to right this wrong in the final installment by giving us a drivable Batmobile in Arkham Knight.

It appears that Arkham Knight will resume the story from where Arkham City left off: Scarecrow has been working in the shadows to plunge Gotham into a perpetual state of fear, and the Caped Crusader is the only thing standing in his way. The graphics on display in the trailer are amazing, including glimpses at a new-look Harley Quinn, Two-Face, Penguin, and the Dark Knight himself.

Arguably the star of the trailer, however, is the new interpretation of the Batmobile. The action mainly consists of Batman tearing through the streets of Gotham in a reimagined version of the iconic car, absorbing gunfire and surviving explosions as it carries him into the fray. The prospect of a drivable Batmobile in Arkham Knight adds a new layer to a franchise that, despite adding very few new facets to the formula, has maintained a fresh feeling through three games.

The BatmanArkhamKnight.com website promises an online exhibit of the new Batmobile “coming soon,” so be sure to check back in for more details. 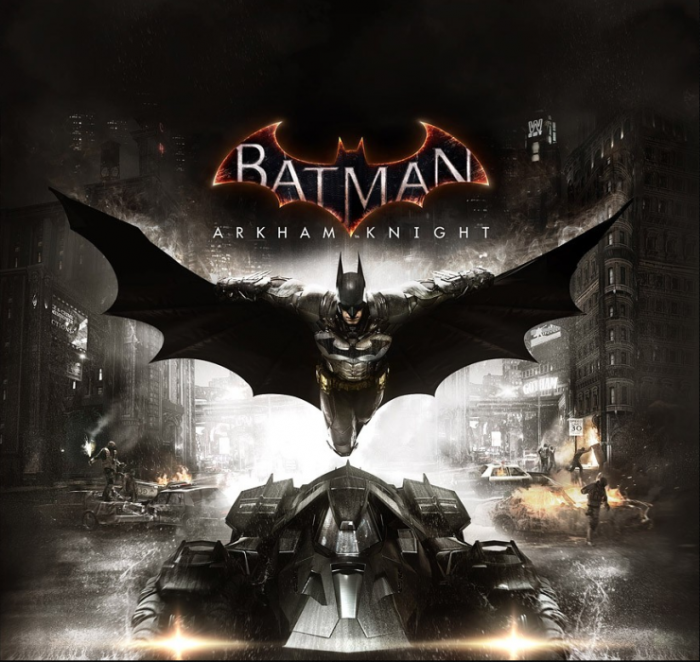 Here’s some food for thought: as previous Arkham games have provided unlockable characters and skins, should Rocksteady incorporate the same idea into the drivable Batmobile in Arkham Knight? Sure, the new Batmobile looks pretty great, but wouldn’t you love to tool around Gotham in Tim Burton’s Batmobile or even the Adam West-driven original?

Let me know your thoughts: what is your favorite take on the Batmobile?