A driver in the Orlando, Florida suburb of Maitland narrowly escaped death last week when a train struck her car on a railroad crossing. The driver, a 28-year-old female, was driving her recently-purchased Infiniti Q60, complete with stick shift, when she accidentally stalled the car on a railroad crossing. [ Watch the video below to see it unfold ] 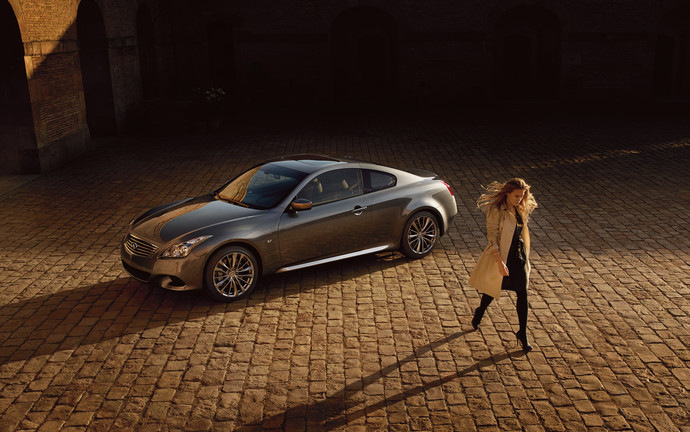 A report in the Orlando Sentinel states that the young woman was still learning how to drive her manual vehicle when she accidentally stalled it on the railroad crossing. As a proud stick-shift-driver myself, I can sympathize, but I wonder what the odds are of stalling said manual vehicle on a railroad crossing, of all places? Probably not enough to rush out and buy a lottery ticket, but still pretty slim. The driver tried unsuccessfully to restart the car and move it off the tracks, with the train just 100 feet away going somewhere between 35 and 45 mph. 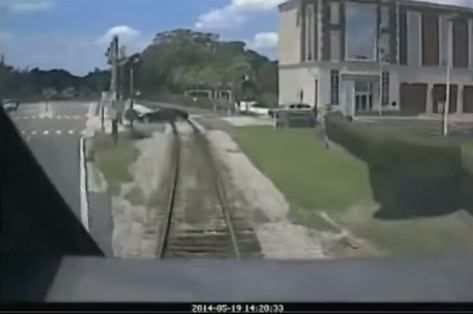 The supremely lucky driver managed to escape her car just moments before the train struck it. The nail-biting video below shows her miraculous escape—just. I had to watch the video at least three times before I was able to pinpoint the moment she hopped out of her car. 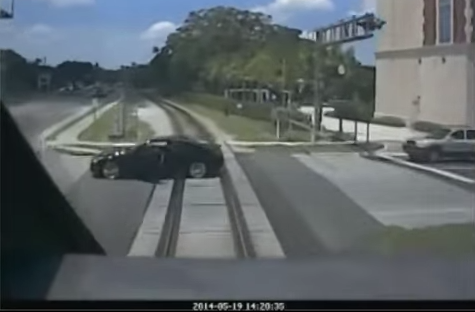 If you look VERY CLOSELY, you can just make out the door opening and the driver escaping

Hopefully the next time the driver is in the market for a car (which I’d imagine is right now), she will stick with an automatic transmission. See this narrow escape for yourself.