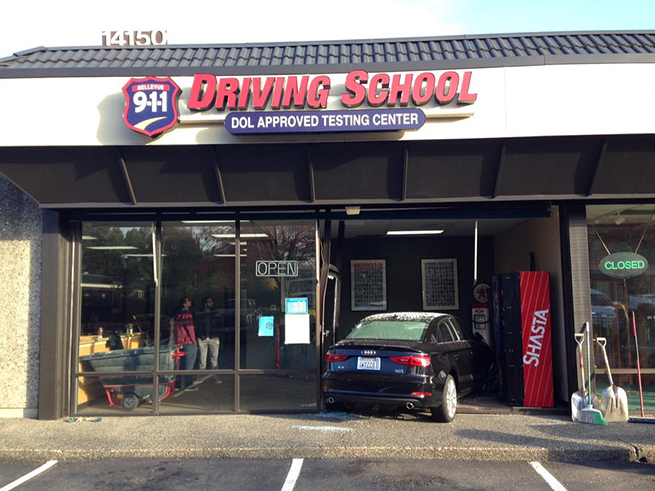 A driver’s ed student crashed into her driving school in Bellevue, Washington during her driving test

When you’re first learning to drive, there is nothing more nerve-wracking than taking your driving test. It’s the moment in your life when the pressure to do well is so thick, you could cut it with a knife. The feeling when you finally back through those last cones in the maneuverability will make you want to celebrate.

Or, if you’re one unlucky driving student in Bellevue, Washington, the relief is enough to run your Audi into your driving school’s building.

The unlucky student was taking her final driving test in an Audi when the car somehow ended up inside the driving school’s building. And we have to say—we tip our hat to the student and her ability to fail in style.

According to Bellevue police officer Seth Tyler, who responded to the reported accident, the driving student “was doing great up until the very last part…” 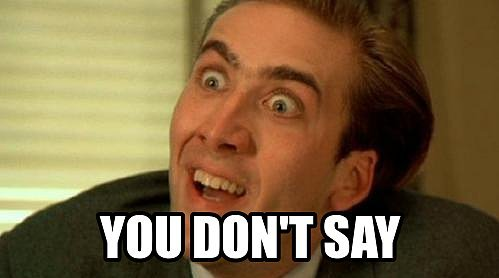 Tyler continued to explain, “Unfortunately, that student mistook the gas pedal for the brake, sending the car into the building.”

The 20-something-year-old driving student’s pedal mix up caused no reported injuries and the damage to the driving school was entirely cosmetic.

Hopefully, the driving student’s embarrassment doesn’t stop her from attempting the test again. Next time, though, she might want to go to a different driving school.