Added on October 2, 2014  Caitlin Moran  autobahn , germany , Getting around in , speeding

Why Driving on the Autobahn is Every Lead Foot’s Dream 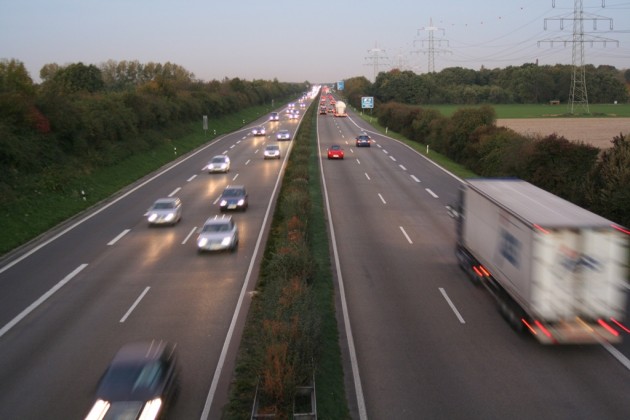 I’m not going to lie—I have a lead foot when it comes to driving. For some reason, when I’m out on the open road, I can’t help but press a bit harder on the accelerator than I should. Just ask my car—she’ll tell you.

While I seem to be slow enough to evade cops (except the one time I don’t particularly want to talk about), I have had many passengers who don’t necessarily appreciate the feeling of freedom a fast-moving car provides like I do. Now, don’t get me wrong—in no way am I advocating for speeding. I’m simply mentioning my love of speed so that others who feel the same might believe me when I tell them to go to Germany. Seriously. Go to Germany. Now.

On the Road: Read about Kailey’s experience driving in Ireland

Driving On the Autobahn Is a Dream Come True

While many people think of Germany as the land of lederhosen and sauerkraut—which, trust me, it is—I’ve always thought of this central European country as a haven for speeders. Why, might you ask? No, surprisingly enough, it’s not because it’s home to some of the most beautiful feats of car engineering in the world (also known as BMW and Mercedes-Benz), but rather, it’s because cutting through the heart of the Germanic mountains and valleys is the autobahn highway system.

If you are in the automotive world, you know exactly what the autobahn is. For those of you who don’t, prepare to be enlightened. It is a system of highways that doesn’t have a specific speed limit like we do in the States. Instead, it has speed “suggestions.” Along open rural areas, these suggestions of speed limits, called Richtgeschwindigkeit (a tongue-twister), usually equal around 81 miles per hour on speed-unrestricted stretches, allowing the autobahn to give you free reign to do as you please, speed-wise. So just imagine what driving on the autobahn would be like for some people.

For me, no speed limit is a dream come true. Add the fact that driving on the autobahn is on my Bucket List and you can begin to get an idea of how excited I was to get the keys to my rental car and finally put rubber to asphalt in Germany.

I began my journey in the picturesque town of Heidelberg, traveling towards Munich for the end of Oktoberfest. As a novice European driver (only slightly experienced thanks to last month’s trip through Ireland), it would be foolish of me to deny my nerves—especially since it was a car that I wasn’t used to driving. But, my trust in German automakers was established at a young age, thanks to the clunky, indestructible ’96 VW I drove in my high school heyday. So, when the car rental company handed over keys to a BMW 1-Series, which might have caused my knees to shake a bit from excitement, my confidence began to return.

This returned confidence quickly faded the moment I merged and began driving on the autobahn. As my BMW began its climb to the suggested speed limit, there was a sudden flash of headlights and I was immediately passed by a blur of black, a car moving so fast that I couldn’t even catch what brand it was. A bit shaken, I gripped the wheel tighter and continued accelerating, pushing my hatchback to a healthy 90 mph.

After a few minutes of driving at this rate, once I found myself comfortable with the cars whizzing past me with a flash of lights, the dare devil inside of me decided to give 100 mph a try. And let me tell you, it’s not something to laugh at.  As my speed rose, so did my adrenaline, pumping through me, as I became one of the streaks of color passing other drivers, flashing headlights as a warning when I overtook them. 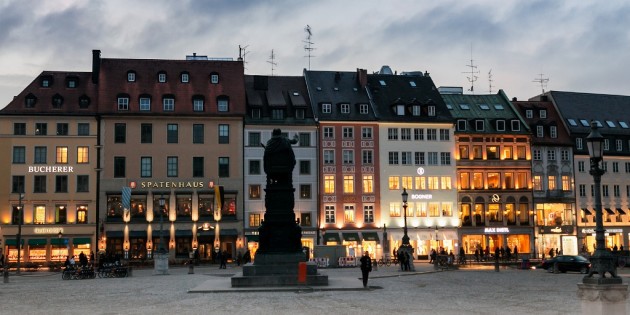 The streets of Munich are a welcome sight after driving on the autobahn.
Photo: Stefan Neuweger

Finally, I reached my destination— the car rental’s sister company located just outside of Munich where I was meant to drop off my car. To say I was shaking as I got out of my car was an understatement. The adrenaline had yet to wear off and I could tell my cheeks were still flushed from the excitement of the three and a half hour drive. As I handed over the keys, the customer service representative looked at me and grinned. “Drove on the autobahn, I see?” he said. At a loss for words still, thanks to my excitement, all I could do was give him a giant grin and a nod. He didn’t seem to mind though.

Looking back on driving on the autobahn, I’m not entirely sure how I had the nerve to do what I did. There were moments while I was walking through the city of Munich, when I could see the highway in the distance and the small ant-sized cars zipping around curves. It was in these moments that I questioned whether or not my drive along the autobahn was a dream. Then I remember—it wasn’t.

For all of you lead foots and adrenaline junkies out there, if you ever find yourself in the beautiful country that is Germany, don’t hesitate—go ahead and take a trip to go driving on the autobahn. I can assure you that it will be a memory you will never forget!