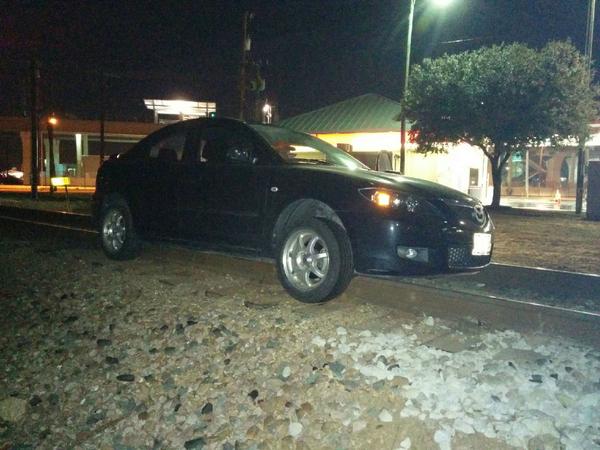 A woman in Carrollton, Texas, called police around 1 a.m. when her Mazda got stuck on a set of railroad tracks near North Broadway Street. What was it doing there to begin with? The driver told police that her GPS told her to turn right instead of left, putting her on the train tracks that she drove on for 50 to 60 yards before the resulting damage kept her car from going any further.

Either the driver was profoundly intoxicated at the time, or she has more faith in the wisdom of GPS devices than even Michael Scott does:

Most likely, it was that profoundly intoxicated one, because NBC Philadelphia reports that the woman was taken to jail on suspicion of drunken driving. The Carrollton Police Department also had to call the Burlington Northern Santa Fe railroad to make sure that no freight trains were on their way (and fortunately, they were not) before towing the car from the tracks.

While blaming technology is always a good excuse, it’s also possible that the woman was inspired by the railroad tracks scene from the classic comedy Groundhog Day, in which a drunken Bill Murray plays chicken with a freight train to prove that he’s “not gonna play by their rules anymore.” 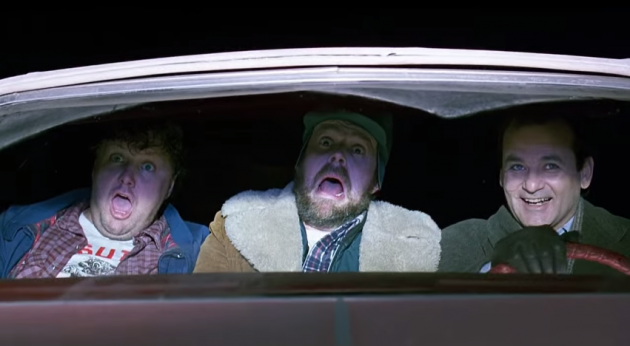 Regardless, the Carrollton Police saw this as the opportunity for a learning experience, tweeting out this reminder of the sheer boneheadedness of drinking and driving:

Today’s reason not to drink and drive: You are not a train. Luckily no injuries or train before C shift’s arrest. pic.twitter.com/izeB8wj9Jh