Drunk Person In the Middle of the Road, Hanging Out, Because Russia 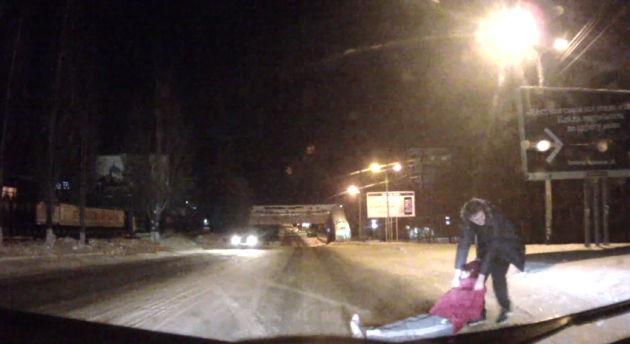 With Thanksgiving having recently come and gone, it’s reasonable to assume that you’ve very recently imbibed a great quantity of alcohol at some point in the last several days. As such, you’re probably intimately familiar with that chisel-to-head feeling that you come down with after tying on a few too many.

It’s a feeling that can all-too-easily leave you borderline incapacitated on the bathroom floor, unable to open your eyes and screaming on the inside for every infinitesimal trace of light and sound to just leave you alone, for the love of god, leave you alone.

If you live in Russia, however, it’s just as likely that your one-night bender is going to leave you lying on your back in the middle of the road where you could be (and very nearly are) run over.

And because this is Russia, the owner of this particular dashcam video stops just shy of hitting the woman (who was apparently very drunk), drags her over to the shoulder of the road, nonchalantly walks back to his car, and drives away.

No ambulance called. No time taken out to assess the whos, whats, wheres, whens, whys, and hows. Just a casual relocation, and off we go. 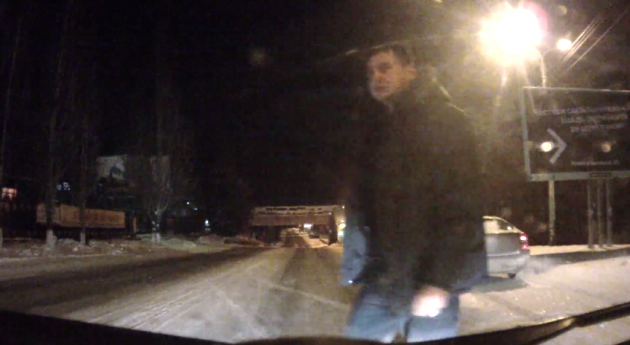 “Tell you, it’s not a Tuesday if there isn’t a drunk person laying in the middle of the road.”

We’re not sure what’s more surprising: that the driver was relatively cold and unfeeling in his handling of another human being who might be in need of help, or that six comets didn’t suddenly explode overhead and cause a bear fight to break out spontaneously in the middle of the road.