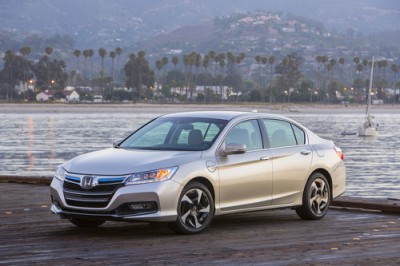 “Honda’s hybrid technology has progressed substantially since the introduction of the Insight in 1999,” said Art St. Cyr, vice president of Product Planning and Logistics at American Honda, in a statement released by Honda. “Today, the Honda two-motor hybrid system that powers the Accord Plug-In and Accord Hybrid is the direct result of our commitment to create advanced vehicle technologies that offer top-of-class fuel economy ratings with a fun-to-drive character.”

The Earth Dreams Two-Motor Hybrid System is available for both the 2014 Accord Hybrid and its Plug-in Hybrid brethren. The Accord Plug-in Hybrid is EPA-rated to deliver 115 MPGe due to its ability to transition deftly between an electric motor and an i-VTEC® four-cylinder engine and features like regenerative braking. 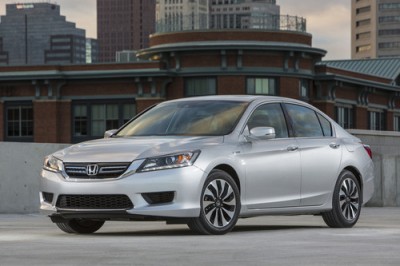 The Earth Dreams engine earned its nomination for its ability to fuse top-of-the-line fuel efficiency with all-around sporty performance.

“Honda’s two-motor plug-in hybrid technology proves that high efficiency can go hand-in-hand with driving enjoyment,” said Ron Cogan, editor and publisher of the Green Car Journal and CarsOfChange.com. “Building on the strengths and outstanding efficiency of the two-motor Accord Hybrid, Honda’s Accord Plug-In adds the important flexibility of driving on hybrid, gasoline, or plug-in battery power as conditions and needs warrant.”

Green Car Journal also named the 2014 Honda Accord its 2014 Green Car of the Year earlier in January.