Scooters are coming back in fashion, and this time, they’re electric and eco-friendly. 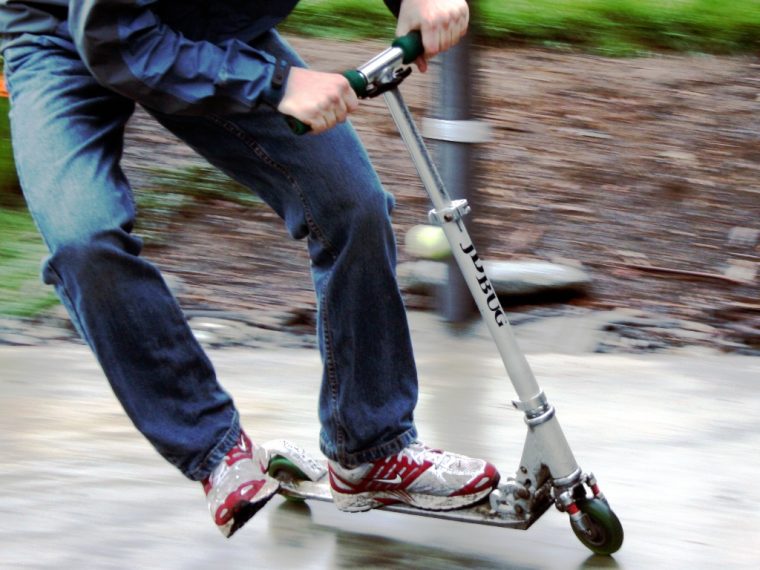 Electric scooters may be coming to a city near you — or have they already arrived? If you live in cities like Los Angeles, San Francisco, and Washington D.C., you may have noticed scooters suddenly appearing everywhere. This is due to the rising electric scooter phenomenon that may uproot America’s dependence on cars.

The way it works is simple. If you have a smartphone, then you’re set to go. Just as with other ride-sharing services, you can locate the nearest scooter to you and rent it for a relatively cheap price, helping you on that long commute when you’re already running late or are just feeling lazy. After you zip through the city on the bike lane, getting passed by annoyed cyclists the entire way, and you’re finished using it, you can just get off, tap your smartphone, and walk away. No need to find a special dock to return, park, or charge it. It’s as easy as that.

However, that convenient “use it and lose it” practice is causing some problems in the cities, where electric scooters showed up overnight and now lay rampant on sidewalks wherever people get done using them. Clearly, some scooter etiquette is necessary if this boom continues. An Xiao Mina suggests geo-fencing and stricter policies to encourage good behavior down the road, but start-ups aren’t worried about rules and regulations just yet. They want to get their scooters out on the road, and fast.

But caution is necessary in their excited approach. Just look at China. Bike sharing exploded there last year, but its rapid growth greatly outpaced the immediate demand. This overcapacity and abandonment resulted in bicycle graveyards all throughout the country.

One of the electric scooter companies leading the way is Bird Rides, founded in 2017 by Travis VanderZanden. Though there have been some conflicts with city officials with its sudden overnight appearance, Bird has sent out more than 22,000 helmets for safe scooter practices as part of a compliance effort with cities. Along with promoting sustainable practices, Bird is providing some supplemental income for people by having “chargers” walk around at night and plug in scooters to recharge them for the next day, getting paid based on the numbers of scooters they find.

Scooters have the potential to weaken the dominance of car culture in urban areas, and VanderZanden recognizes this, hoping to start a scooter revolution to overtake the current transportation system. “We’re not going to be happy till there are more Birds than cars,” he said.

Indeed, there may be a new attack of Birds in the future, but this time, it’s not a shock and terror of a ridiculously-good bad movie.

Is VanderZanden right? Is the future of transportation electric scooters? While scooters may have been dorky back in the day, electric scooters bring a fresh edge of innovation and style to your commute. You get to be outside as you move through space and feel the natural breeze around you, not trapped inside a cabin stuck behind a wheel. There is less scooter traffic than car congestion, possibly leading to a faster commute time as you scoot your way around.

More importantly, electric is eco-friendly and becoming more accepted and popular. This is a mode of transportation that is sustainable, consuming way less energy than cars with its light mass while releasing less pollution into the air. If it continues to develop, it could eventually be powered by energy from wind, solar, nuclear, and hydroelectric power plants, making it even more environmentally-friendly.

Millennials seem to be more in favor of sustainable products, while opponents of electric scooters, like advocates for the disabled and older people, point to the difficulty of movement on sidewalks or the potential scare factor of having rampaging scooters fly by as reasons why these electric scooters are menaces. Fran Taylor, a retired medical reporter, called the scooters “a plot of the young people to kill off all us old farts so they can have our rent-controlled apartments.”

While that conspiracy theory may not be entirely true, this rift between generations is apparent in every technology innovation issue that arises. Electric scooters are no exception.

The next time you’re walking through the city and come across some scooters strewn on the sidewalk, consider trying this alternate mode of transportation that may be on the rise and become the urban norm in the new future. Just remember that when you do rent an electric scooter, be considerate of the elderly and don’t leave it recklessly abandoned when you’re done with it.