Sick of Waiting for Elio Production? Consider These 5 Alternatives 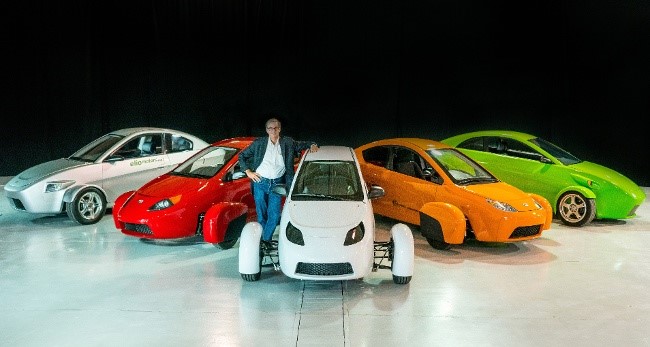 Back in 2009, a man named Paul Elio saw a major hole in the automotive market that he wanted to fill. And so, he set out to build an uber-efficient, affordable, and eco-friendly vehicle to which he bestowed his own name (Elio, not Paul… that would be weird).

After launching Elio Motors, Paul started collecting deposits from eager drivers and by 2014, he had around 18,000 people committed to buying his revolutionary vehicle. Today, Elio’s website claims that it has over 65,000 reservations with deposits ranging from $100 to $1,000. The only problem? Elio has yet to make a single production model, despite agreeing to build the vehicles at a former GM plant in Shreveport, Louisiana, and committing to a production date several times.

The production date is currently estimated to be next year, 2018, but many potential Elio owners are skeptical that the day will ever come—especially as news keeps trickling out about Elio having no money left and needing $375 million to actually start building its vehicles.

If you’re one of the tens of thousands who put down a deposit on an Elio and are, understandably, sick of waiting, consider buying one of the following vehicles instead. 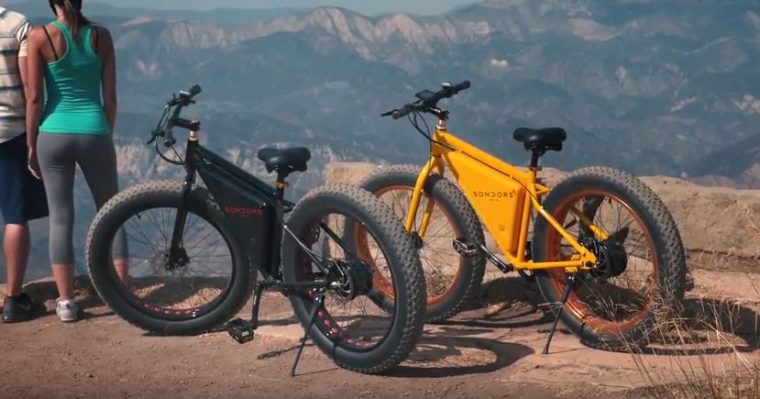 Right now, Sonders makes affordable electric bikes, which would be a pretty decent alternative to the Elio if you were looking for a small vehicle that could handle mostly city driving. For as little as $499, you can get your hands on a bike powered by a 36V 8.8Ah lithium-ion battery with an estimated pure electric (no pedaling) range of around 20 miles. That range can reach 50 miles when you combine the electric motor with pedaling. An extra $100 will upgrade your battery to reach up to 68 miles. Sonders has already delivered a handful of these bikes and promises to fulfill customers’ outstanding orders as soon as possible (if you order the Sonders Original today, the site estimates it will ship in mid- to late-November). 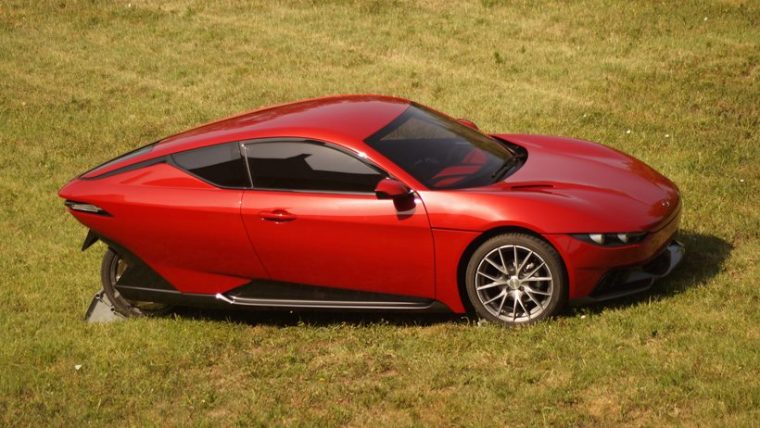 Sonders also revealed an electric car similar to the Elio in September. Unlike Elio, Sonders is not yet asking customers to buy their way onto the list, but you can sign up for email updates on their website. If you want to see it in person, it’ll be on display at this year’s LA Auto Show from Dec. 1-10. 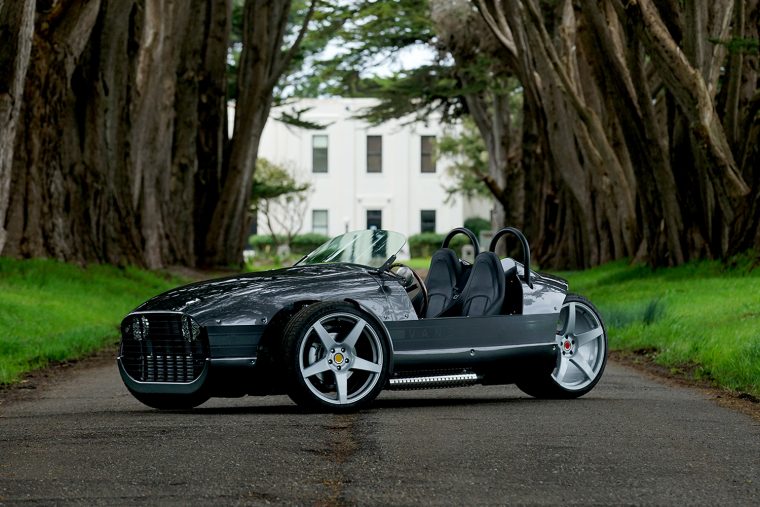 Vanderhall Motor Works produces a series of three-wheeled vehicles that are similar in style to the Elio, though at a much heftier price. The Venice model has a $29,950 price tag, while the Laguna model costs a staggering $49,950. A 1.4-liter four-cylinder turbo engine and a six-speed automatic transmission power both models.

Vanderhall has dealers in eight US states: California (no surprise), Florida, North Carolina, New Hampshire, New York, Massachusetts, Minnesota, and Pennsylvania. Just for fun, I checked the inventory at Vanderhall of Philadelphia—the dealership has six Venice and one Laguna model in stock, but you also have the option of ordering bespoke models via the dealer. So, though they might be pricey, at least you know you can actually get your hands on one rather than just the idea of one. 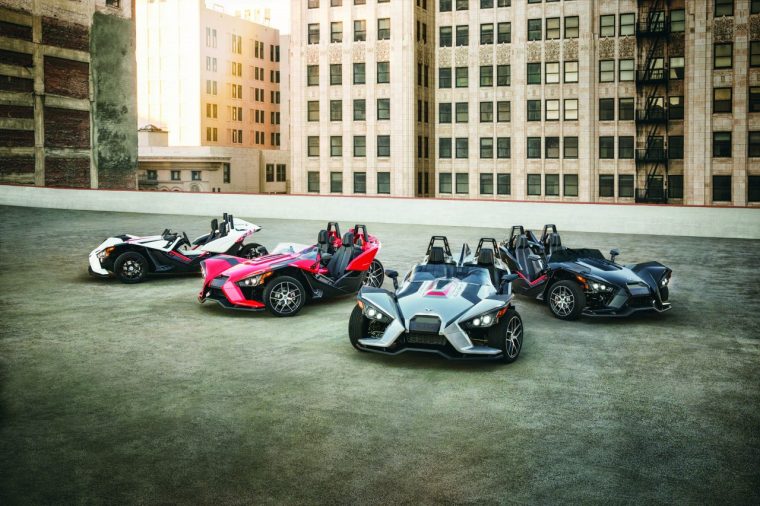 Slingshot models also come with Ride Command, which is a 7-inch display that controls Bluetooth and USB audio, navigation, and vehicle info. Plus, Polaris is an established company with a range of vehicles already available, so the likelihood of you actually being able to drive a Slingshot is much higher than that of the Elio. 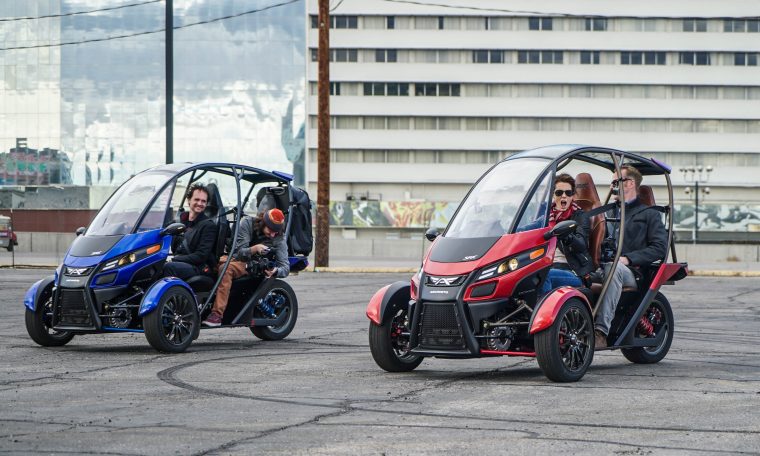 Like the Elio, the Arcimoto SRK hasn’t actually made it to production yet. But its target base price of $11,900 puts it closer to the Elio’s targeted $7,450 base price, and the Arcimoto has one big advantage over the Elio: it’s an electric vehicle that can achieve an estimated 70 miles at its most basic, or 130 miles with the optional range extender, for a fuel efficiency equivalent rating of 230 MPGe. The Elio’s estimated 84 mpg is noble and all, but not quite in the same league as the Arcimoto (though still a huge improvement over the majority of cars on the road today).

The other main difference between Elio and Arcimoto is that the latter’s $100 reservation fee is fully refundable. So, even if you’re still holding out hope for Elio production, you can reserve an Arcimoto and get your money back at any time for any reason. 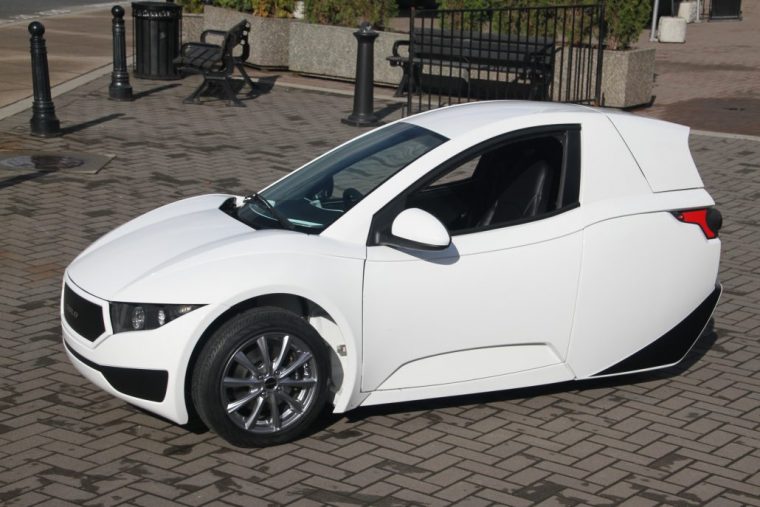 Electra Meccanica is a Canadian company whose SOLO vehicle is reservable for $250 and costs a total of $15,500. The company reached out to The Weekly Driver with the following comment that’s of interest to Elio owners:

With the recent financial and production challenges faced by some of our competitors, we’ve had some of their reservation holders ask us if they could transfer their deposits over to a SOLO because of either uncertainty about their vehicle ever being produced or they just didn’t want to wait for years to get their car. We wanted let others know that we will accept those deposits and provide relief for reservation holders with a suitable vehicle replacement option.

So, with that in mind, what would you be getting with the Electra Meccanica SOLO? This vehicle has an all-electric range of 100 miles on a single charge and a top speed of 137 mph (though that is limited to 82 mph for obvious reasons). The battery comes with a 5-year warranty, which is cool. And it offers Bluetooth, a heated seat (yep, there’s only one seat), a rearview camera, and storage space in both the front and the rear trunk. Pretty nifty, no?