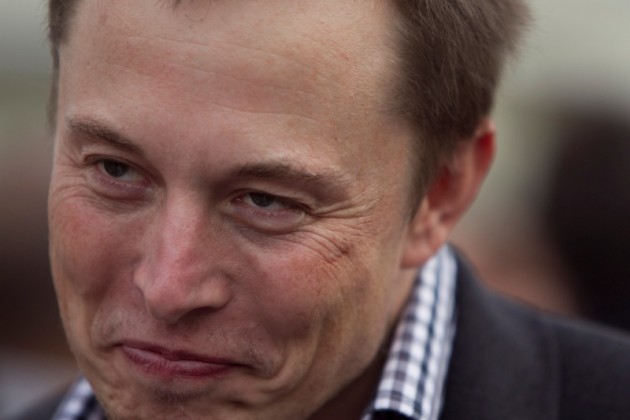 Billionaire entrepreneur, PayPal founder, South Park character, and Tesla Motors CEO, Elon Musk, is going to be launching his SpaceX Falcon 9 rocket at 6:00 a.m. EST today, Tuesday, January 6, 2015, in Florida (you can watch a live stream of it here). If the rocket successfully reaches the stratosphere, and then can manage to land safely on a tiny platform in the ocean, it could pave the way for the production of cheaper, reusable rockets that would lower the cost of space travel.

UPDATE: The rocket launch was aborted mid-countdown this morning

Ahead of the big launch, Elon Musk took to the social media site Reddit last night at 9:00 pm to answer questions about anything and everything from internet users in an AMA (that’s internet-speak for “Ask Me Anything”).

And thanks to the Elon Musk Reddit AMA, we’ve now learned that the Tesla CEO’s favorite alcoholic drink is whiskey, his favorite airplane is the SR-71, his favorite food is a tie between French and BBQ, and though he has difficulty picking a favorite video game, he tends to like “FPS [first-person shooter] with a story, like Bioshock, Fallout or Mass Effect, but was also a big fan of Civ and Warcraft.”

When asked if he ever considered becoming a politician, he responded, “Unlikely.” (But he didn’t say “no,” did he? Musk/Clinton 2016!) Additionally, when asked what daily habit has the most positive impact on one’s life, he answered, “showering.”

But the Elon Musk Reddit AMA wasn’t entirely composed of pithy, unrevealing responses to random questions – it also featured some pithy, unrevealing responses to specific questions about Tesla cars. For example, when asked if he could tell us anything we don’t already know about the upcoming Model 3, Musk answered, “It won’t look like other cars.” Now there’s your headline, folks!

That’s about all old Musky said about cars. On an interesting side note, when asked about the possibility of computer singularity (essentially, the belief that artificial intelligence will eventually become too powerful and robots will rule us all), Musk expressed some worries.

“The timeframe is not immediate, but we should be concerned. There needs to be a lot more work on AI safety,” Musk said. Then, on a lighter note, he added, “And, with all due respect to the Roomba dude, that is not a concern,” before linking to the below video: