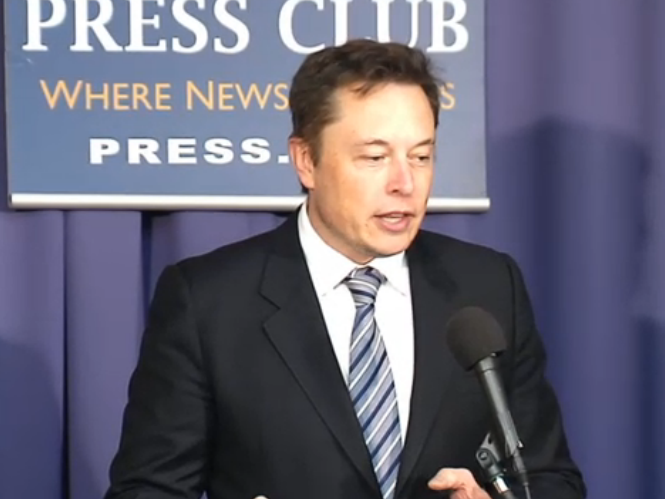 Tesla CEO, Elon Musk, is known for making outlandish promises, like the fact that he plans on making submarine cars and flying cars in the next few years. The thing is, the dude is such a solid guy—not to mention a freaking genius—that I kind of believe him. If he told me he had reconstructed a dinosaur in a secret lab and was going to resurrect it á la Dr. Frankenstein, I wouldn’t bat an eye (though I may invest in a bazooka and a bomb shelter).

The latest extreme prediction from Mr. Musk? He believes we’ll have semi self-driving Teslas in the next three years and fully self-driving Teslas within six years. Musk made the incredible claim while delivering the very first Model S in Japan last week.

Musk told the Nikkei Asian Review, “Full auto-pilot capability is going to happen, probably, in the five- or six-year time frame,” noting that the autonomous driving system will be introduced in the next three. He added, “The overall system and software will be programmed by Tesla, but we will certainly use sensors and subcomponents from many companies.”

We’ll see the beginnings of this system on the all-new Tesla Model 3, due out in just three years and selling at the low price of $35,000. Hear that, all other automakers of the world? A $35,000 Tesla. You should probably all just pack it up and go home. Game over.

It’s not just the Model 3 that will debut the auto-pilot technology, however. Musk commented, “I think in the long term, all Tesla cars will have auto-pilot capability.”

And, of course, for Musk, “long term” means five or six years from now. Because he’s Elon Musk. And he’s resurrecting a dinosaur.