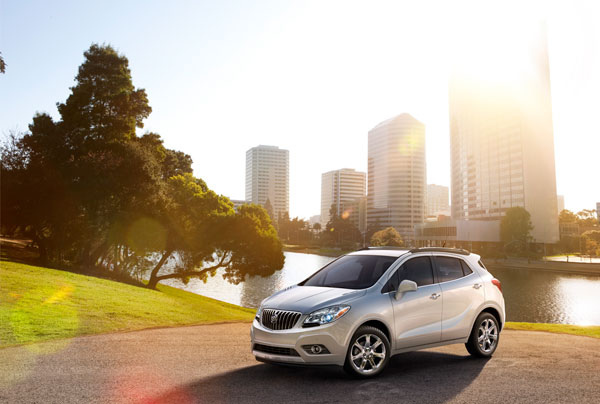 The Buick Encore hit the ground running when it debuted for the 2013 model year. As a contender in the small SUV and small luxury SUV segment, the Encore entered one of the industry’s fastest-growing markets. The Encore’s first year of sales helped boost Buick’s overall sales in the segment, which grew 52 percent from 2012.

“Right out of the gate, demand for the Encore was high,” said Tony DiSalle, vice president of Buick marketing. “It accounted for most of the segment’s growth last year and that’s because it offers the right safety, technology, and features in the right-sized vehicle for many customers.”

According to a recent news release, the Buick Encore is one of the first luxury crossovers of its size, selling 97,311 vehicles globally in calendar year 2013, helping Buick set its global sales record of 1,032,056 for the year.

The Encore’s early entry into the small SUV and small luxury SUV segments will help keep Buick ahead of the market. Encore’s first year of sales resulted in such impressive sales due to the vehicle’s impressive fuel economy, high quality materials, and attractive exterior design.