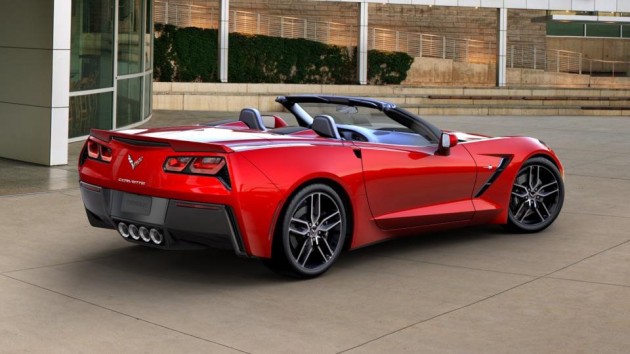 Jeff Gordon’s C7 Corvette convertible could be yours for $100

If you couldn’t afford to bid on Dale Earnhardt Jr.’s Corvette when he sold it on eBay, perhaps this is your best chance at owning a Chevy NASCAR star’s old Vette: Jeff Gordon’s 2015 C7 Corvette Stingray convertible is being raffled off for $100 a ticket, with all proceeds going to charity.

The retiring Sprint Cup series driver is raffling off his C7 Corvette convertible to raise money for his charity, the Jeff Gordon Children’s Foundation, which funds pediatric cancer research, treatment, and patient support programs. Only 7,500 tickets will be sold, meaning your odds aren’t too terrible—and even if you lose, helping fight pediatric cancer is probably the best possible way to blow a hundred bucks.

And if you are fortunate enough to win, Gordon’s throwing in two major perks: first, the federal taxes on your prize winnings will be paid for, and second, Gordon himself will personally hand you the keys.

The C7 Corvette in question is a Z51-equipped, 3LT, Torch Red convertible with an eight-speed automatic transmission. Not too shabby for a $100 used car.

The raffle ends September 28, 2015, but supplies are limited. Click here to enter to win Jeff Gordon’s 2015 Corvette Stingray convertible and help support the Jeff Gordon Children’s Foundation in the process.