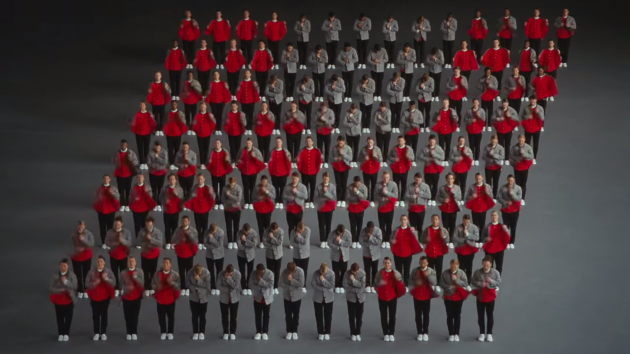 Honda has released a new European car commercial for the Honda HR-V, just weeks after its Civic Type R ad was banned from British airwaves by the Advertising Standards Authority for allegedly promoting speeding.

This one’s pretty entertaining, so hopefully it doesn’t get pulled for encouraging the dangerous practice of playing in traffic.

Known as “Shuudan Koudou” in its native tongue, precision walking is, like Tom Waits, big in Japan. Advertising exec Paul Jordan told Adweek that featuring precision walking in the commercial was their way of reflecting the concept of “warm engineering,” which is engineering that focuses more on humanity than on mechanics.

“Our idea was to have lots of people walking around in a very beautifully choreographed way with real precision,” Jordan said, “and then to have that kind of choreography of the people in the car was our dramatization of this car being able to fit perfectly into people’s lives.”

“We wanted to kind of convey the sense of how, when things are perfectly designed, how they can make you feel,” Jordan added. “And so this entertaining spot was an articulation for that feeling for us, of things fitting together beautifully.”