Everything You Need to Know About UK Mobile Phone Driving Offenses 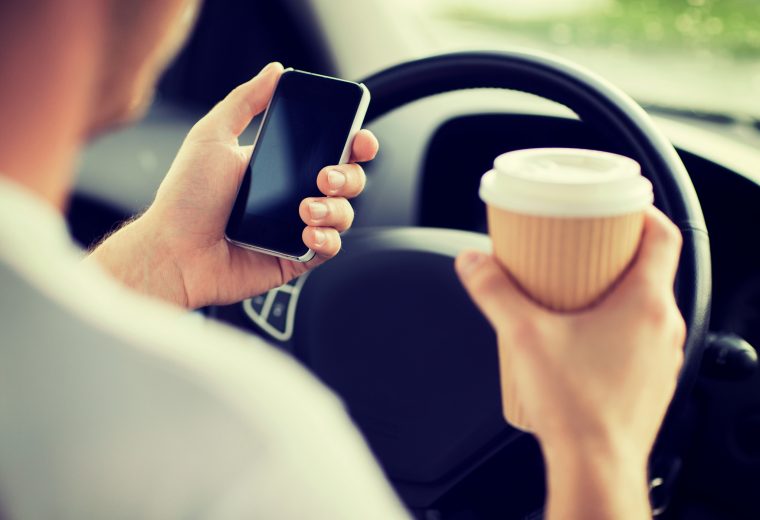 Everyone knows that it’s not only illegal to use a mobile phone while behind the wheel in the UK, but it’s also incredibly dangerous. This is because a phone can be a huge distraction, taking the driver’s focus away from the road, reducing awareness, and increasing the likelihood of accident and injury.

As a new road safety campaign highlights, texting is particularly perilous. Yes, you already know this and you may be nodding, but did you realize that taking your eyes off the road for just 2.3 seconds while looking at a phone results in drivers missing 100 feet of road? This is a shocking statistic that could have catastrophic consequences.

With this terrifying fact, it’s easy to understand why using a mobile phone while driving is not permitted. While using a phone is already against the law in the UK, the British government introduced heavier fines and consequences for drivers, in a bid to deter drivers.

How does this law affect drivers? Well, introduced in the UK in March 2017, any driver caught using their phone faces getting six points on their licence, as well as a fine of £200. This increased penalty has led to hundreds of newly qualified drivers losing their licenses, as new drivers only have a six-point allowance.

The good news is that drivers can still use their phones hands-free and are permitted to call 999 in the case of an emergency. However, all other use is illegal, including using a phone when stopped at lights or in traffic – something many drivers do not realize.

During the first six months of the new law, almost 16,000 drivers were caught and penalized for using their mobile phone while driving – this represents an increase of more than 500 over the previous year.

You may think that most people are using their phones while driving to text or make a call, but actually, the statistics prove otherwise. While calling and texting are among the most common reasons for using a phone while driving, highest is for sat nav, with 32% of drivers admitting to this offense. Music comes in at second place taking 26%, with calls at 21%, social media at 12%, and finally texting, which accounts for 8%.

Using a mobile phone while driving is illegal – a law that was created in order to protect – yet many continue to use their phones behind the wheel. Hopefully you now know everything you need about mobile phone driving offenses and will be able to stay safe.