With the sixth-generation Camaro on its way, we take a look at the second-gen
© General Motors

As we rapidly approach the debut of the sixth-generation Camaro, Chevrolet is looking back at the first five installments in the classic American muscle car’s history. Five different designers have been asked to share their thoughts on each of the vehicle’s five different generations.

“I’ve always loved the ’68 Camaro, but for some reason it was the second–gen car I’d find myself sketching during high school math,” says Parkinson (who currently owns a ’68). “It was a radical departure from the first-gen. For the first time, it was built on its own dedicated architecture, which gave the design team the freedom to create a pure expression. What that team created was a powerful expression of American muscle, influenced by a European grand-touring aesthetic. There was simply nothing else like it.”

“The second-gen car is pure Camaro, with a dramatic proportion and lean, muscular form,” Parkinson added. “You won’t confuse it with the first generation, but it is unmistakably a Camaro from every angle.” 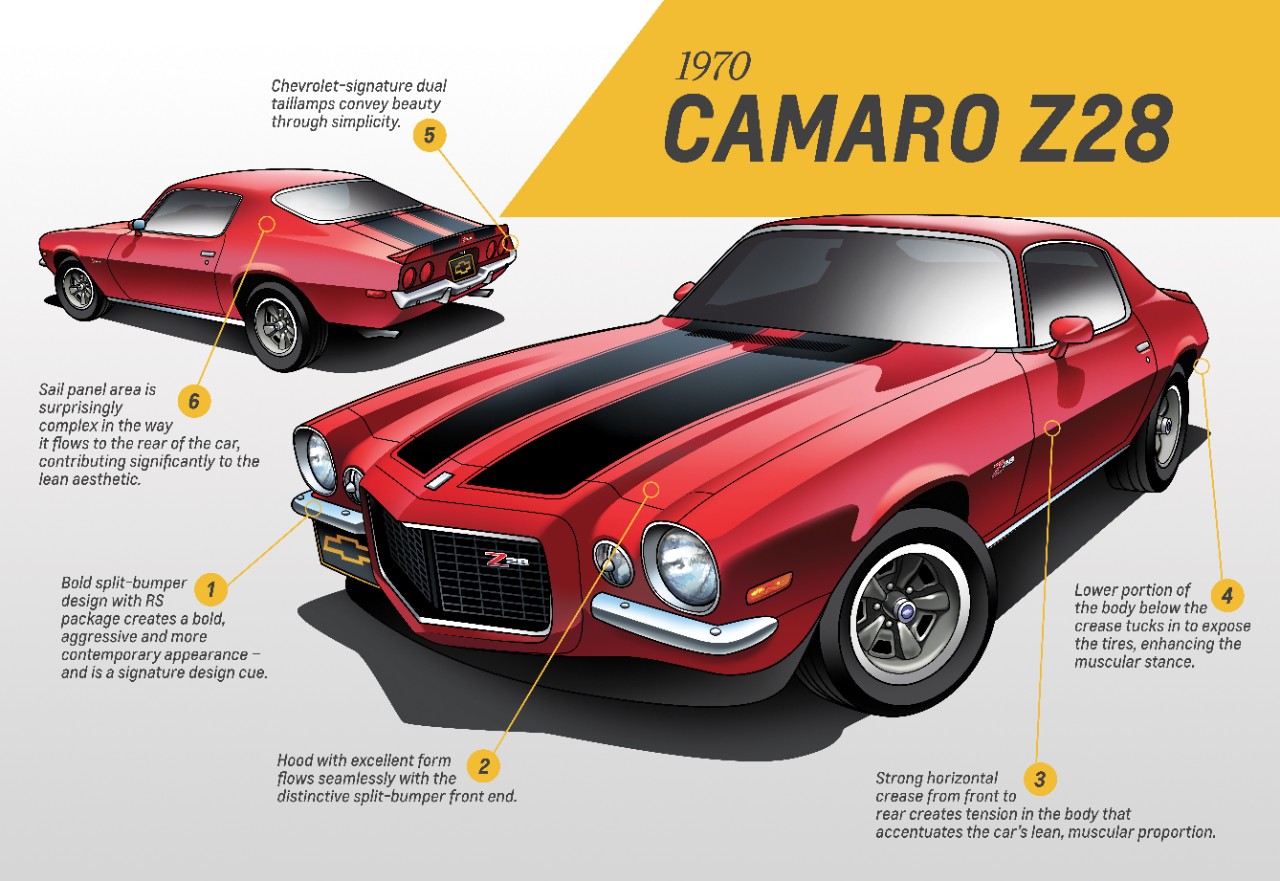 Over the course of its 12 model years, the second-gen Camaro changed dramatically, but Parkinson is partial to the early, circa-1970-1973 models. His “design analysis highlights” include:

Stay tuned for part three in this continuing series!