Excavating the Chevy Camaro No. 1: Starring a 13-Year-Old Boy, His Grandma, and a 50th Anniversary 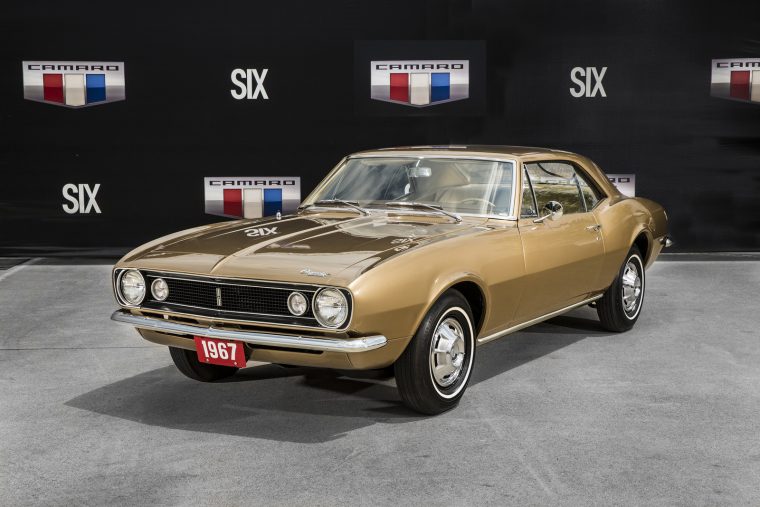 The first Chevy Camaro ever made is currently on a summer tour to celebrate the model’s 50th Anniversary this year. (Quite fitting to celebrate a gold anniversary with such a stunning gold car.) If you get the chance to see this gem of a pony car, you might be so enamored with the it’s sporty, stylized exterior and minimalistic vintage interior that you’ll miss out on the whole story behind how it got there. But that story is definitely worth telling.

The car was first found back in 2009, when Kansas-native 13-year-old Logan Lawson saw an advertisement about a Camaro for sale. Equipped with nothing more than Logan’s car expertise and some local research, they went to Oklahoma City to check out the car. Although some people would’ve balked at how little official paperwork the seller had on the car, Logan and his dad noticed enough signs that indicated it was indeed Camaro No. 1. The chassis stamp marking “N100001” confirmed their observations. 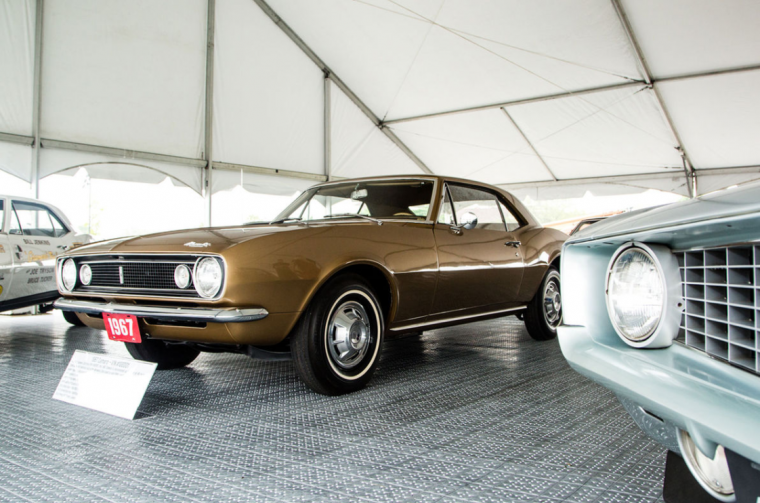 Logan (somehow) convinced his grandma to put his college funds toward the car instead of his education. They bought the car then tracked down the previous owners as well as the original dealership that sold the car. After two years of tracking down parts and doing the renovations, Camaro No. 1 emerged with its original specs.

Like an old movie star who reemerges in the limelight after an unexpectedly epic performance in a recent film, the first Camaro is enjoying the public attention it’s receiving while on tour. Any car history buff will drool over the No. 1’s refurbished condition. The car boasts a 230 ci inline-six engine with a three-speed manual transmission and column shifter to boot. 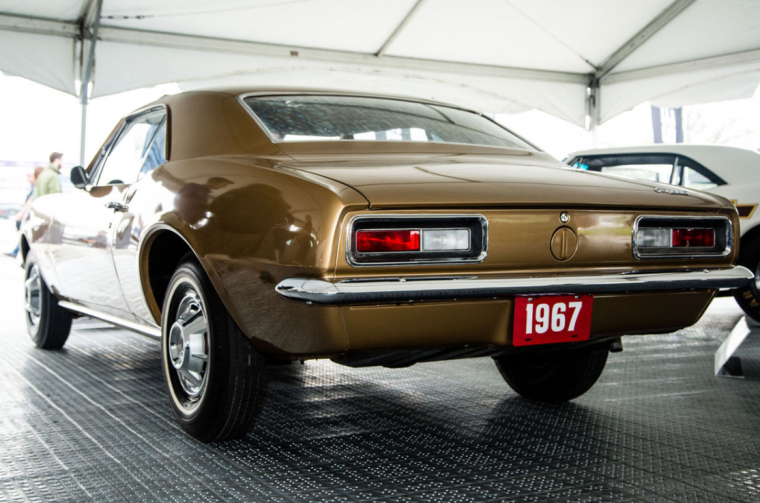 There’s not much else to say about the Camaro No. 1, except…go see it on tour if you get the chance! But here are 3 little-known facts about this ride that we’ll leave you with, in honor of its gold anniversary.

1) GM almost named this car Panther, Gemini, Wildcat, or Commander. (More exotic perhaps, but not quite as Murican as “Camaro.”)

2) Camaro No. 1 was just one of 49 pilot prototypes that emerged from GMC’s Norwood, Ohio plant.

3) GM kept their mouths shut about any news on the Camaro right up until it’s name reveal in June 1966 and its launch two months later in August.