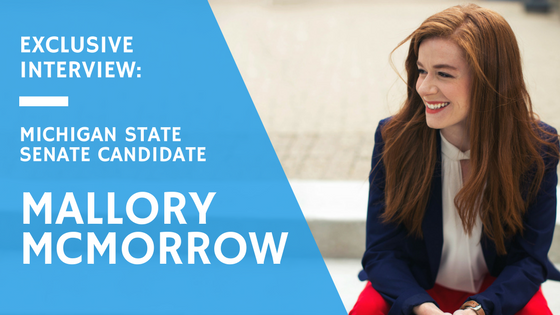 At a convention in Detroit last fall, I had the privilege of attending a panel on female empowerment led by Mallory McMorrow, a candidate for the Michigan State Senate. I was captivated by the stories Mallory had to tell, including her experiences with sexism while working in the automotive industry while presenting with Mazda at the LA Auto Show.

I’m an editor here at The News Wheel, an automotive digital magazine. I also happen to be a female. When I tell people what I do for a living, I’m often met with confused facial expressions and backhanded compliments. “You write about cars?” they ask. “That’s cool. I never would’ve guessed.” Mallory’s story stood out to me because I have experienced similar friction as a female in the automotive industry. But I believe we can change the course.

I had the pleasure of speaking with Mallory about her experiences and some of the plans she has to improve the way we approach sexism in the industry.

Meg Thomson: What was your role at Mazda?

Mallory McMorrow: “I won a design competition in 2007 to design a concept for the 2018 Mazda3. It was a program they put on called the Mazda Design Challenge. It was a combination of an essay and a sketch, and then it was voted online. I won that competition and I was able to head out to Los Angeles, where we carved a full-clay model of the car over the 10 days of the LA Auto Show.”

MT: Did you take on a full-time position with Mazda?

MM: “They offered me an internship and I stayed on there for about six months, where I wrote and designed a book on the Mazda Furai and worked on an additional concept.”

MT: Was sexism something you only encountered at the auto show, or did you have that experience throughout the automotive industry? 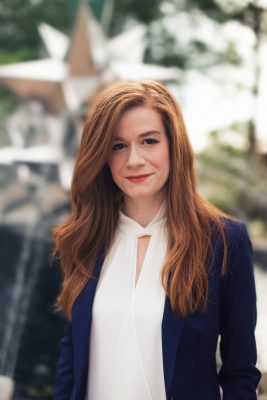 MM: “That has been a trend throughout my career.”

“It was really jarring when I went out to LA and I remember checking into the hotel that I was staying at [for the show], and I mentioned what I was doing to the person at the desk. The response there was, ‘Oh, you’re one of those models? With the cars?’

“When we went to the show, part of the experience was I got to give a press conference at the Mazda booth. […] It was just such a kind of gut-punching experience where every single journalist, without fail, asked, ‘What does it feel like to be a woman?’ […] It was this very real moment where for the first time, I was very cognitive of the fact that I am a woman in the industry and when you look around, there’s nobody else.

“There was one story I was asked to write while I was [a design editor] at Road & Track; something happened to Danica Patrick, and they kicked it over to me and asked if I would write a story on it. My kind of reaction was, ‘You know, I’m not a NASCAR fan. I don’t know that I could speak to this with any kind of expertise.’ But it was sort of like, ‘Well, you’re the woman.'”

MT: What advice would you have for those facing sexism in the automotive industry?

MM: “Women need to get out of our own way in a sense. We don’t have to suck up all of these things to be able to be in the room. It’s okay to take up space. It’s okay to push back if things are unfair and are threatening. That’s not how the work environment should be. We need to have those dialogues with each other and stand our own ground.”

MT: What made you decide to run for office as opposed to staying in automotive?

MM: “It wasn’t necessarily a decision to get out of automotive, but it was a decision to run for office. I live in metro Detroit, and seeing the reaction to the election, [I realized] we needed better representation. I think there is a lot you can bring from the automotive industry. I think one of my strongest assets, especially running in this district, is that I know the industry inside and out.”

MT: The New York Times published an article in December detailing sexual harassment that took place in Ford’s manufacturing plant in Chicago. Are there any policies you’d like to implement at the state level to help prevent those problems in Michigan?

MT: What would you consider the number one issue on your agenda right now?

MM: “The number one issue for me is kind of public education and talent development. How can we leverage the strength of the automotive industry here? The industry is going to begin to change in the next 10 years more rapidly than it ever has. How can we lean into that in metro Detroit and recruit small businesses and encourage entrepreneurship in terms of autonomous vehicles and tech development?”

MT: Do you have anything else that you would like to add?

MM: “Coming into politics, we desperately need more people from more backgrounds to get into the arena. For people who are automotive enthusiasts or who are engineers or who have this way of thinking, if you’ve ever considered running for office, do it. Because we need more people who aren’t just lawyers and rich businessmen, more representation.”

A special thank you to Mallory McMorrow for speaking with me. You can learn more about her campaign here.