Our Exclusive Interview With Zach McGowan, Star of Death Race: Beyond Anarchy

Zach discusses the cars in the new film, plus how well his own Land Rover would do in a death race 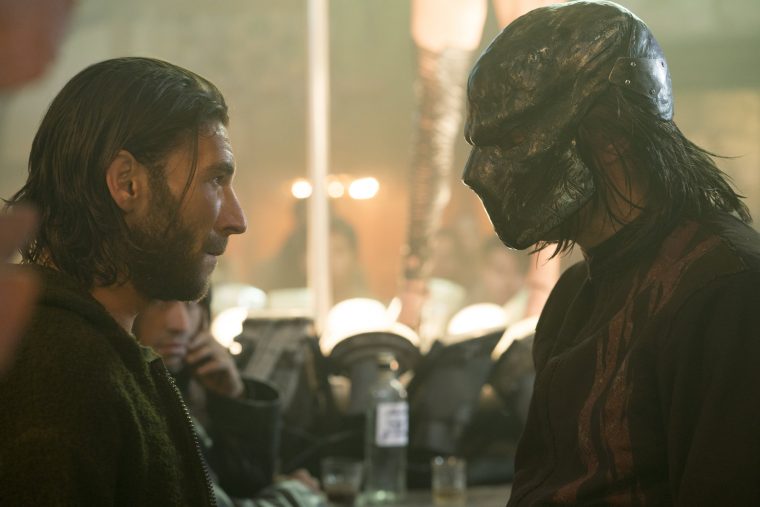 Few people can say they’ve come face-to-face with Frankenstein — the notorious masked driver of the Death Race series — and lived to talk about it. We were lucky to track down actor Zach McGowan, star of Universal Pictures’ new film, Death Race: Beyond Anarchy. Known for his roles in Shameless, Agents of S.H.I.E.L.D., and Black Sails, McGowan is a huge fan of cars and action movies, and was happy to geek out with The News Wheel about his new movie.

Death Race: Beyond Anarchy is the fourth film in the Paul W. S. Anderson-produced reboot series of the original Roger Corman classic. It arrives on Blu-Ray, DVD, digital download, and on-demand Tuesday, October 2.

A Violent, Vehicular Legacy: Learn the history of the Death Race franchise

The News Wheel: “What drew you to starring in Death Race: Beyond Anarchy and being part of the Death Race series? 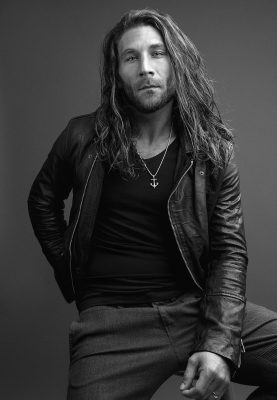 Our interview with Zach McGowan, star of Death Race: Beyond Anarchy (2018)

Zach McGowan: “I’ve been a fan of the franchise since I was a kid. I don’t remember a time before I loved Death Race, since it came out before I was born. I’ve always had a love for the action genre, especially car movies and car-chase movies, so it was something I really wanted to get into one day. When I first read the script and understood the character, being part of Death Race just made more and more sense.”

The News Wheel: “You mentioned on Instagram that your inspiration for your character, Connor Gibson, was Snake Plissken (Kurt Russell). How did that correlation translate into your performance?”

Zach McGowan: “The way Snake carried himself in the Escape from New York/Escape from L.A. movies, what he was capable of doing, and how much he had given up on life — all those things that formed his attitude. That character informed a lot of my performance.”

The News Wheel: “Without any spoilers, what scenes or moments are you most proud in Death Race: Beyond Anarchy?”

Zach McGowan: “When you make a movie like this, there are so many things beyond your control that can happen — cars won’t work, effects can go wrong — so I’m honestly proud of everything. I’m proud of how Don [Don Michael Paul, the director] brought everyone together to make an amazing film that everyone involved is proud of. It’s a super entertaining film that is a blast to watch.”

The News Wheel: “Describe for us the vehicle you drive in Death Race: Beyond Anarchy. What kind of relationship does your character have with it?”

Zach McGowan: “When my character, Conner Gibson, gets into the death race, he’s put in the last spot. What he’s been given is this old Camaro that’s basically useless and doesn’t even move — it doesn’t even have a working engine when he gets it. There’s a great scene when he, Bexie, Baltimore Bob, Lists, and the rest of the team work together to rebuild the Camaro, put a bunch of weapons on it and give the elbow grease to improve it. Once he gets the car going, he’s got a love-hate relationship with it: He knows its limitations because it was recently built and there are still problems with it during races, but he’s also really proud to just get it going. In the end, it does what he needs it do.”

The News Wheel: “Any insight you can share with us about the automotive stunts in the film, and what it was like working on-set with the vehicles?” 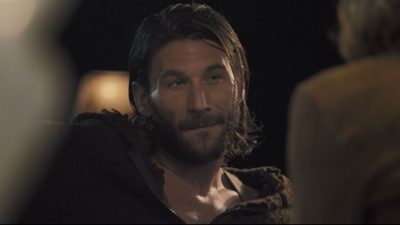 Zach McGowan: “The thing you learn quickly when you get on-site to do a car movie is that the vehicles are a huge element to a movie like Death Race: Beyond Anarchy. I know there were over 30 vehicles built from the ground up for this project that were constructed largely in Bulgaria.

“In fact, while I was doing fight training, I was able to see some of the cars being built, and the different stages of construction — the placing of the armor and the mounting of the prop guns, including some of the guns that actually work (flame throwers, harpoons, and such). It was some amazing practical effects work that is rarely done these days because of digital capabilities. When you see these vehicles live, the action has a such a different feel to it.

“The automotive elements of the film are absolutely huge. There’s basically every type of car in Death Race. A MINI Cooper, a school bus, a Camaro, a giant pickup truck, a monster fire truck, a crazy police vehicle… Car enthusiasts will be happy, for sure.”

The News Wheel: “What was the first car you ever owned?

Zach McGowan: “I grew in New York City, so in New York, no one has a car because no one has a place to park it. So growing up, cars were like the “unicorn” to me. I’d go to car shows and check them out, but cars weren’t a big part of my life in New York from day-to-day, so I actually didn’t get a car until I moved out to Los Angeles at 25. My brother had a 2001 Mustang V6 that he was selling and ended up giving to me. That was really the first car I ever drove, and the first one I owned.”

More Death Race Car-nage: Profiles of the cars and drivers of Death Race: Beyond Anarchy

The News Wheel: “What do you drive now?”

Zach McGowan: “What I currently own is a Land Rover, which I absolutely love.”

Zach McGowan: “I do actually have a name for it. I call it the Rover.” [chuckles]

The News Wheel: “How do you think the Rover would hold up in a death race? What weapons would you equip to it?” 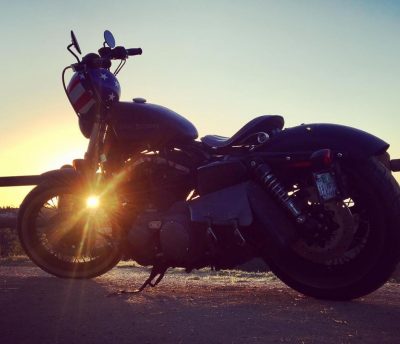 Zach McGowan: “Man, my Rover would crush it in a death race. Not only is it fast and maneuverable, it works on all different kinds of terrain, with hydraulics, pistons, and tow systems… It can go through water for God’s sake. It’d be a perfect vehicle for a death race because you could get so many weapons on it. I’d gave a Gatling gun on the top, the missiles coming off the sides, all that good stuff. Why not put a flamethrower in there, if I’m making my Christmas list?” [chuckles]

The News Wheel: “We heard you’re a Harley Davidson fan. What model do you ride? If you could take it for a ride anywhere in the world, where would that be?”

Zach McGowan: “I ride a 2007 NIGHTSTER 1200 that I’ve tinkered with a little bit, swapped out some parts. I did some  work myself but I mostly got it this way, with grey pipes and the rest painted a flat black. I love riding, and I know where I’d take it. When I’ve been to South Africa, I’ve always been working on projects that wouldn’t let me ride motorcycles while we were shooting for safety reasons. Just like California and Highway 1, there are beautiful seaside roads and highways in South Africa that I’d love to travel on. It also doesn’t rain very much there, and I don’t love riding when it’s raining.”

Zach McGowan: “I am a big fan of The Rock, one of Michael Bay’s first movies. There’s a key sequence in there when Nick Cage ends up in a yellow Ferrari and Sean Connery in a Humvee. They’re racing down San Francisco hills, crashing into everything, and they derail one of those trolleys. It’s one of my all-time favorite chase sequences.”

The News Wheel: “Thanks for taking the time to talk with us, Zach. It’s been a lot of fun talking car talk and learning about Death Race: Beyond Anarchy.”