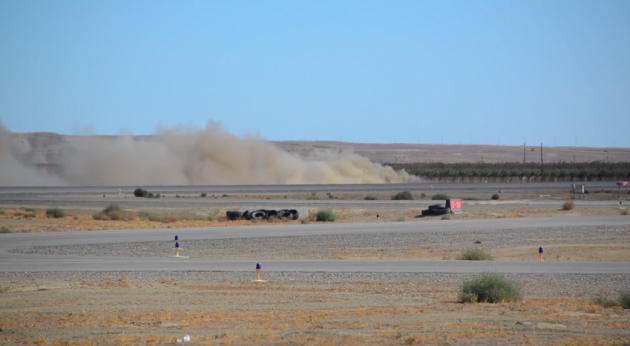 Imagine being behind the wheel of a wholly unnatural Nissan GT-R flying down a tarmac at speeds of up to 220 mph. Feel all exhilarated? Okay, good. Now take that feeling and imagine spinning out from speeds of 220 mph. You likely now feel utterly terrified. Excellent! You are now ready to watch this simultaneously exhilarating/terrifying video of the Extreme Turbo Systems GT-R.

More from Nissan: Man Lets His Artist Girlfriend Draw all Over His Nissan Skyline GTR 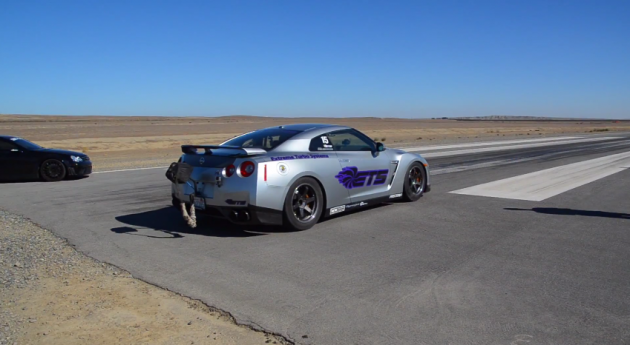 Without the dust coat, the Extreme Turbo Systems GT-R is purty

The fact that our brave driver doesn’t wind up barrel-rolling across the desert sands is pretty miraculous. Fortunately, both driver and the Extreme Turbo Systems GT-R escaped mostly unharmed (the latter sustained a minor amount of body damage to the left side skirt, but appeared to be otherwise fine apart from a healthy coating of dust).

ETS will be trotting out some of its biggest and baddest toys at this week’s SEMA Show, including a Rocket Bunny GT-R that features an ETS Intercooler. 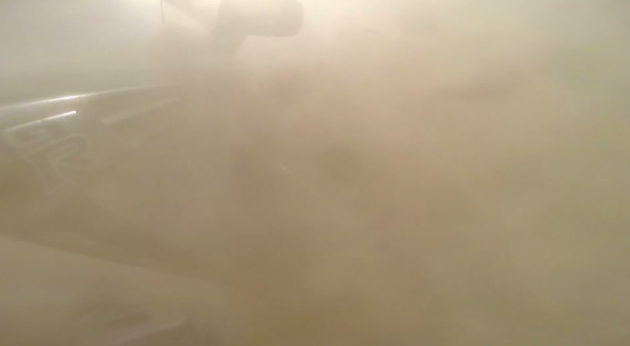