F-150 Named Official Winter Vehicle of New England (in May) 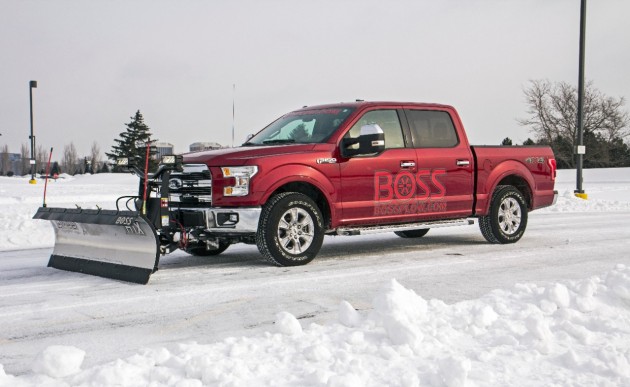 If there’s one thing with which New England is automatically associated, it’s harsh winter weather. (No, I wasn’t planning on making a joke about deflated footballs either; Tommy Touchdown is a Big Blue grad, after all.) While it might seem cruel to start talking about winter already when we’re just getting the opportunity to enjoy some spring weather, the New England Motor Press Association felt that May would be the perfect time to name the 2015 Ford F-150 as the Official Winter Vehicle of New England.

“For years, the F-150 proved itself as a solid workhorse for New Englanders,” said Craig Fitzgerald, president, New England Motor Press Association. “But the all-new 2015 Ford F-150 puts it in another class completely. With outstanding fuel economy, a world-class interior and EcoBoost V6 engine, you’ve got a combination that beat the worst storms during the worst winter in New England’s recorded history.”

The New England Motor Press Association has proven particularly fond of the 2015 F-150, granting the completely revamped pickup with what was ostensibly its first award by naming it the Yankee Cup winner last year.

The 2015 F-150 is offered with a number of powertrain options—including the all-new 2.7-liter EcoBoost—and is as much as 700 pounds lighter than its predecessor.