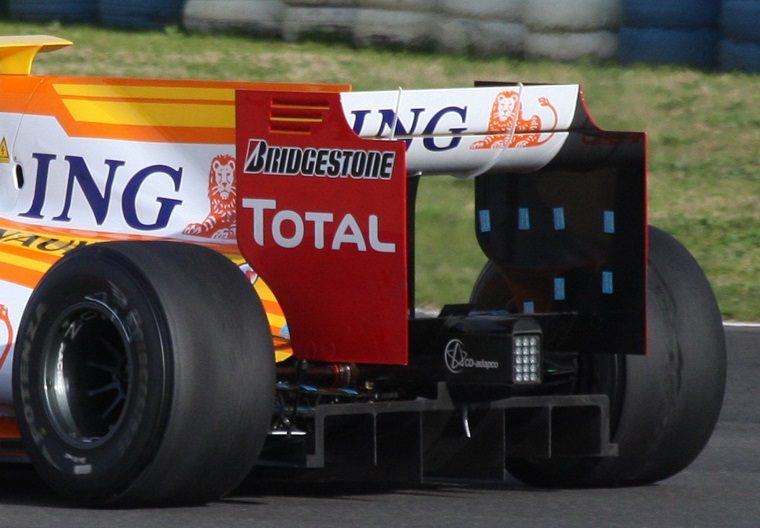 Formula One race director Charlie Whiting says that upcoming circuits on the calendar could feature additional DRS (Drag Reduction System) zones to aid overtaking, which has become a critical issue in the sport after the introduction of 2017’s new aerodynamic regulations.

Currently, circuits are limited to two DRS zones, and some have just one depending on their layout. At the 2018 Australian Grand Prix, a third zone was added for the very first time, though overtaking was not much improved: there were only five on-track overtakes after the first lap—more than last year, but still too low.

That being said, it is notoriously difficult to pass at the Albert Park circuit in Melbourne regardless of regulations, and new DRS zones may prove more beneficial for overtaking at other tracks. For the time being, it may be the only solution for improving overtaking before the next major regulation change, which is set for the 2021 season and is to be announced soon.

Ross Brawn, who became F1’s sporting director when Liberty Media took over and is in charge of the technical side of racing, says the problem won’t be solved before 2021 because it requires a fundamental change. “Until we take a structured approach to the problem, we won’t really make any progress,” he said. “One of our aims, which we are looking at with the FIA and the teams is that, for 2021, we want to have cars that allow drivers to really fight one another on track.”

“The FIA and F1 are carrying out an aerodynamic research program with two car models, both in the wind tunnel and using CFD,” he added. “We need to evolve a car design that achieves close to the level of performance we now see, but permits wheel to wheel action.”

There are many underlying issues that have caused F1 to have an overtaking problem, including downforce, fans, and identity. The first is easy to define: downforce makes cars faster in corners, but those cars leave a trail of turbulent air behind them, hindering the aerodynamic efficiency of following cars and thus making it difficult for drivers to get close enough to pass.

Appeasing the fans is also an issue. When the 2014 regulations were introduced, they loudly complained the cars were too slow and thus unexciting (though the turbo V6 engines were also held responsible). The 2017 aero changes were an attempt to speed up the cars and make them more exciting on the track.

“F1 fans want to see a better show and overtaking is the most exciting and spectacular element you can have on track,” said Brawn. “The whole Formula 1 community must make an effort to satisfy this need because the fans are our biggest asset.”

Warning Signs: What do the lights on your dashboard mean?

Unfortunately, overtakes in 2017 fell by nearly 50% compared to 2016, which can be said to have been very counterproductive.

Finally, F1 has a reputation and identity to maintain as the fastest racing series in the world, and though it still held that title before 2017, it had gotten a little too close for comfort compared to the past, which helped motivate the changes along.

Producing phenomenal amounts of downforce via wings has become somewhat of a trademark of F1, and no one else does it better, so it seems that doubling down in that area became the de facto choice even when alternatives were available, such as focusing on the underbody and diffuser. Why F1’s regulatory body continues to shy away from this is unknown, but it could have something to do with how it is already extensively used by LMP1 cars in the WEC.

Whether F1 can solve its overtaking problem is a big and important question. It’s also a problem that has existed to varying degrees for a long time, though never to the current extreme, and it is not the first time the people in charge have made attempts to tackle the issue, also to varying degrees of success. Should the 2021 regulations fail to make a significant impact, and should they not help curb Mercedes’ competitive advantage, Liberty Media may find that its investment in F1 is not leading to the profits they were hoping for.