F1 to Introduce $150M Budget Cap with ‘No Room for Discussion’ 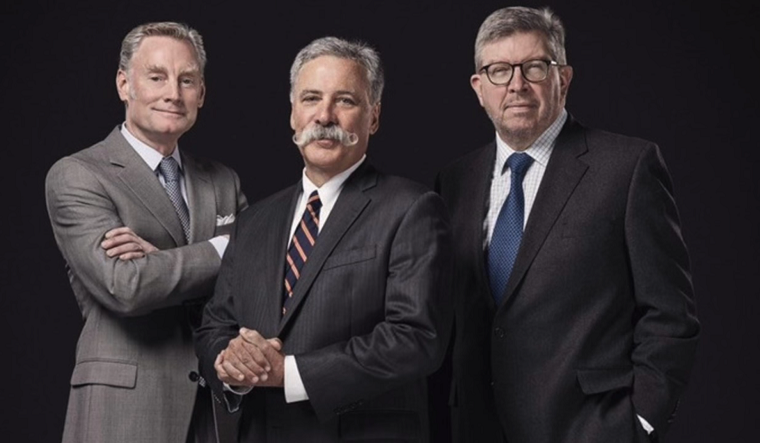 At a meeting held at the Bahrain International Circuit, Formula One today presented the FIA and teams its proposal for the strategic future of the sport from 2021 and on, including a new budget cap that would reportedly be set at $150 million.

According to Auto Motor und Sport reporter Tobi Grüner, the meeting was not like a discussion, but rather a presentation by the heads of Liberty Media. Grüner claims that the published 2021 plans “are not up for discussion according to our sources. Teams have the right to take part or leave.” This sends a strong message to teams like Ferrari, whose CEO Sergio Marchionne has recently made a lot of noises about departing the sport, that Liberty Media will not be bullied.

The key strategic initiatives regarding the 2021 power units, however, are not likely to cause controversy. “The PU [Power Unit] must be cheaper, simpler, louder, have more power and reduce the necessity of grid penalties,” F1 said. “It must remain road relevant, hybrid and allow manufacturers to build unique and original PU.” These are directives that virtually everyone has been in agreement over since 2014.

On the other hand, using a budget cap to make that happen is bound to create a problem for some teams. “We believe how you spend the money must be more decisive and important than how much money you spend,” F1 said, before adding that it would “implement a cost cap that maintains Formula 1’s position as the pinnacle of motorsport with a state-of-the-art technology.”

A budget cap of $150 million would seriously threaten the dominant position of some F1 teams. More than half of the grid currently spends more than that, including Mercedes, Ferrari, Renault, McLaren, Red Bull, and Williams, with some spending more than twice as much. The last time the FIA attempted to enforce a 2009, it was dropped after Red Bull and Ferrari threatened to quit the sport. Smaller teams like Haas and Toro Rosso Honda, which spend less than the proposed budget cap, are predictably all in favor.

That’s not to say rich teams want to keep things expensive. Every team agrees the cost of F1 is too high, and that the sport should be more accessible to new manufacturers; however, not all think a budget cap is the way to do it. “A top-down way of dealing with costs is not the right way of doing it,” said Red Bull Team Principal Christian Horner back in 2014. “Bottom-up is a better way.”

Horner has also repeatedly pointed out that a budget cap wouldn’t actually prevent teams from spending more money than others for a competitive advantage, as it would be too difficult for the FIA to police. Instead, it would create a competition wherein the winner wouldn’t be the one who spends the most money but the one who is the best at hiding it.