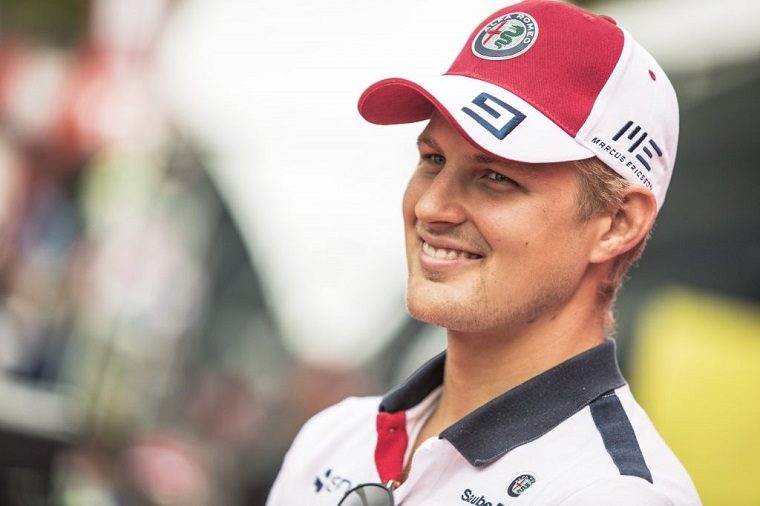 Marcus Ericsson, who currently races for Sauber in Formula One, will compete in IndyCar with SMP Racing in 2019. He’ll drive the #7 Schmidt Peterson Motorsports-Honda as the full-time teammate to James Hinchcliffe.

Ericsson, 28 years old and hailing from Sweden, won three races in GP2 before making his Formula One debut in 2014 with Caterham. After the team folded, his financial backing helped him secure a seat at Sauber.

But Sauber is moving on. Next year, the team will trade one of its drivers with Ferrari, letting go of the promising young Charles Leclerc in exchange for Kimi Räikkönen, the 2007 champion on his way to retirement. Räikkönen will serve as a benchmark for Ferrari academy driver Antonio Giovinazzi in the other Sauber car.

Though Ericsson will have made 97 starts in F1 when the season ends next month in Abu Dhabi, he has scored only a combined total of 18 points and has been consistently been outperformed by his teammate.

Still, lack of success in F1 does not necessarily correlate with lack of success in other series. Alexander Rossi spent a short time in F1 without meaningful results, then switched to IndyCar, won the Indy 500 on his first time out, and is now one of the top competitors in the series.

Fernando Alonso also showed that F1 experience can go a long way in another open-wheel motorsport, having come close to winning the Indy 500 last year despite no prior IndyCar racing experience.

“The racing in IndyCar looks great and I feel really excited to be part of it in the future. It will be a lot to learn including new tracks, oval racing, etc,” Ericsson said. “I know it won’t be easy, but it’s a challenge I’m very much looking forward to and I can’t wait to get started.”

Shopping For A New Ride? Consider buying a used car instead