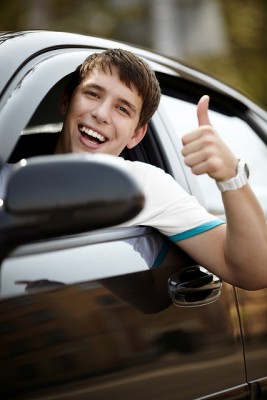 Better throw out those drugs, Jimbo

If you’re a fan of smoking the reefer (or something harder), chances are that seeing a sign for a drug checkpoint would put the fear of God in you. Also, you’d probably be pretty likely to stop and throw out any drug paraphernalia you happened to have on your person away before you hit that checkpoint. Police in Panama City Beach, Florida, decided to use this fear to create a fake checkpoint to make drivers throw out their drugs so that cops could catch them in the act.

The idea came about when police officers were trying to figure out how to stem the amount of drugs entering the city during Spring Break. If you didn’t already know, Panama City Beach is a haven for drunken college students looking to blow off some steam at this time of year. Of course, this means that it’s the perfect time to buy and consume some drugs—or just bring some with you from home for your vacay.

Panama City Beach has a limited number of roads leading to it, so officials decided to set up a fake drug checkpoint, which basically consists of a sign reading, “Drug Check Point – 1 mile. K-9 in use.” The idea is that those carrying illegal narcotics will try to dispose of them by throwing them out of the window. “We have units in the woods and nearby, looking for suspicious behavior like creating a traffic infraction or throwing drugs or guns out the window,” commented Major Tommy Ford of Bay County Sherriff’s Office. “Then we can initiate a traffic stop.”

It seems like a deceptively simple idea, but it’s working. Officers have already made two arrests, as well as recovering a number of drugs from the roadside.

Well done, Florida (for once)!