Because it's not really a trip to America unless you end up leading police on a merry little chase through Utah. 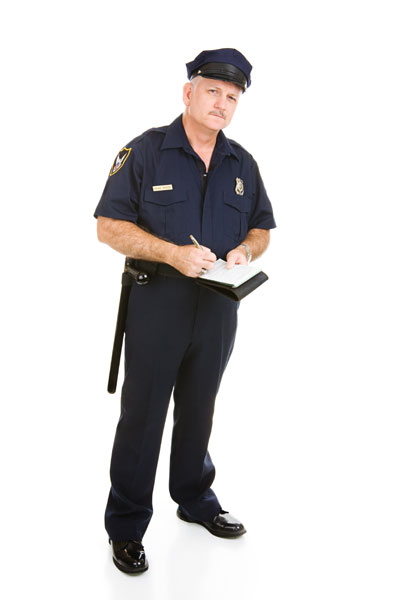 Exactly who you want to see on your next international vacation, right? Now imagine this, except they’re all holding guns and screaming.

Imagine how you would spend your first days as a tourist in a country that you have always wanted to visit. You’d see the sights that there are to see, walk until your feet feel as though they’re about to fall off, eat the food you’ve always wanted to try, drink too much exotic alcohol, and climb back into your hotel for a long night’s sleep in your cozy hotel bed. Sounds pretty idyllic, doesn’t it? Okay, now hold up. How many of you would include “high speed pursuit at 1am” on your to-do list? Apparently, a family of Japanese tourists didn’t want quite want that either, but they ended up getting it anyway.

According to The Washington Post, Utah Highway Patrol officers staked out on a drunk driver watch on Interstate 15 near the Arizona/Utah border noticed a car going 37 miles an hour and swerving across the road. 1 o’clock in the morning and a car comes a’weaving in and out of lanes and traveling at about half the speed limit? Seems like a pretty open and shut case.

That’s when Lt. Brad Horne, UHP’s DUI unit commander, hit the lights and blared the sirens. In response, the erratic driver increased speeds to about 75 miles per hour and began driving even more erratically, weaving from lane to lane to shoulder as traveling speeds jumped around between 40 and 75mph.

This led to three patrol cars pursing and other units shutting down offramps and setting up tire spike strips on the road ahead. The chase ended after only 7 miles after the vehicle barreled over one of the aforementioned spike strips and suffered three deflated tires.

With both directions of Interstate 15 blocks off, the officers surrounded the immobilized vehicle and ordered the driver and passenger out of the vehicle.

From the car emerged a Japanese woman in her early 40s, clearly disoriented and terrified.

“She would walk forward, backward, spin around — obviously she had no clue what we wanted her to do,” Horne said.

Guns drawn, the officers approached the vehicle and apprehended the woman and her male passenger. Then they noticed the 7-year-old boy in the back seat, and that was about when they realized that these were not inebriated fugitives, but rather a family of Japanese tourists who didn’t speak a lick of English.

After some crack detective work, the officers found a Japanese-speaking officer in northern Utah who discovered that the family had only just arrived in America the morning before and had departed from California earlier that day in order to reach Bryce Canyon in the southern part of Utah. Apparently, the woman had no idea that the officers were attempting to stop her, thinking they instead simply wanted her to get out of the way.

The officers dropped the family of Japanese tourists off at a motel, wished them safe travels, and left everyone involved with a helluva story to tell.

“Red and blue lights are a pretty universal signal,” Horne said. “Regardless of nationality and language, when we put lights on, people pull over and stop.”

While one certainly hopes that this fiasco isn’t enough to deter the family from visiting the U.S. again, I might suggest that, for future reference, they remember one English phrase particularly well: 路肩に寄せる (pull over).