Automotive enthusiasts around the world mourned the loss of the Dodge Viper after learning that Fiat Chrysler Automobiles was ending production of the performance vehicle following the 2017 model year. While another of FCA’s performance-based cars, the 2018 Dodge Challenger SRT Demon, did build some major excitement last year, very few of those enthusiasts were able to purchase one, given that the automaker limited the Demon’s production to a mere 3,300 units.

Owning either the last Dodge Viper or last Dodge Demon would provide a driver with plenty of bragging rights. However, owning both the last Viper and Demon would be an enthusiast’s dream come true.

That dream will be a reality for one lucky individual, as FCA is auctioning off the last production Dodge Viper and Dodge Demon as a pair during a Barrett-Jackson event in June.

Like a Cat Out of Hell: The Dodge Demon is the fastest production car in the world

Dubbed “The Ultimate Last Chance,” this special auction, held during the larger Barrett-Jackson Northeast Auction in Uncasville, Connecticut, provides the winning bidder with the final production models of both the 2017 Dodge Viper and the 2018 Dodge Challenger SRT Demon. Combined, these two models deliver a total performance of 1,485 horsepower.

“An avid collector could search a lifetime to try to put two vehicles of this pedigree together and never find it, it’s that elusive,” explains Steve Beahm, Head of Passenger Car Brands, Dodge//SRT, Chrysler and FIAT – FCA North America. “Pairing the last Dodge Challenger SRT Demon and the Dodge Viper production cars – two of America’s most sought-after vehicles – under the roof of Barrett-Jackson gives someone the ‘last’ chance to own this unique piece of automotive history.”

We aren’t ready to say goodbye to the legendary Viper

The Dodge Demon model offered during the even will also sport a Viper Red color scheme. Included with the final Demon are features like Alcantara leather seats and ever-versatile Demon Crate, designed to help drivers transform their Dodge Demon into the ultimate drag-racing machine. 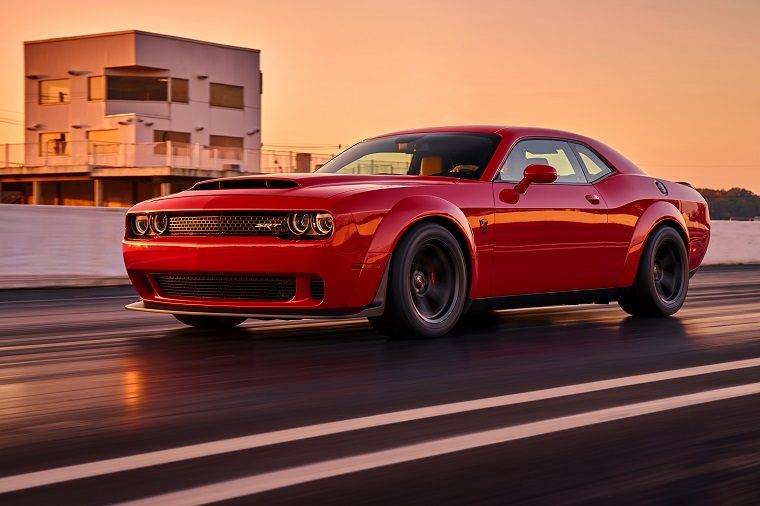 FCA is taking advantage of this unique opportunity to help out a good cause. 100% of proceeds from the sale will be donated to the United Way.

This isn’t the first time that FCA has worked with Barrett-Jackson to offer a once-in-a-lifetime performance model. The automaker raised a total of $1.65 million for charity during a 2014 auction for a one-of-a-kind 2015 Dodge Challenger SRT Hellcat.

There’s no telling how much money these vehicles are expected to go for during the auction. So, if you want a chance to own not one, but two pieces of automotive history, be sure to head to the Barrett-Jackson Northeast Auction, held from June 20 to June 23.