FCA Will Only Offer Alfa Romeo Giulia with Automatic Transmission 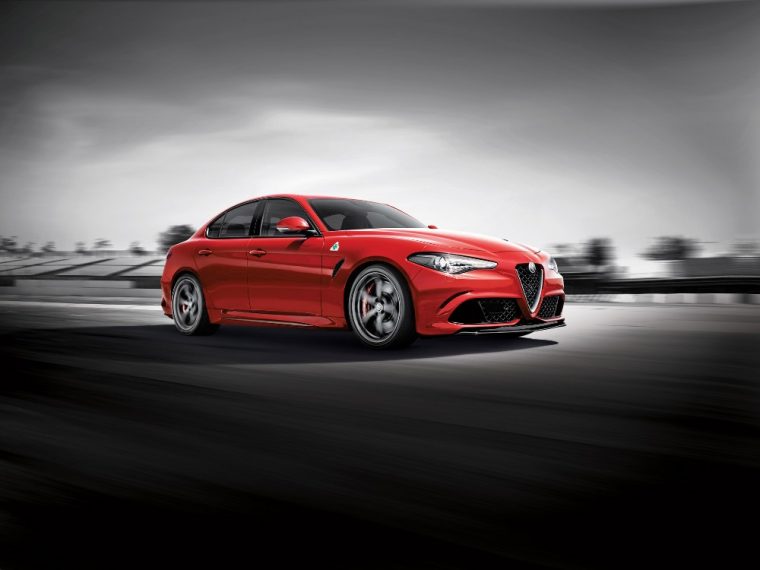 When the Alfa Romeo Giulia Quadrifoglio set the lap record at the Nurburgring for the fastest four-door sedan, it did so while using a six-speed manual transmission, but a Fiat-Chrysler spokesperson recently informed Road and Track that a manual gearbox will not be offered in the United States.

Instead, each new Alfa Romeo Giulia will come standard with an eight-speed automatic transmission that sends power to the rear wheels. In fact, after the new Porsche Panamera broke the Giulia’s lap record at the Nurburgring, FCA officials sent another Giulia Quadrifoglio to the German racetrack to reclaim its record, but that sedan was equipped with the automatic gearbox. The Giulia with the automatic was able to break the Panamera’s record and also beat its old lap time by seven full seconds with a time of 7:32.

The new Alfa Romeo Giulia Quadrifoglio features a twin-turbo V6 engine that’s good for 505 horsepower. This powerful motor allows the Giulia to reach a top speed of 191 mph and accelerate from 0 to 60 mph in 3.8 seconds. These performance capabilities make the Giulia Quadrifoglio a direct competitor of vehicles like the Cadillac ATS-V and BMW M3, but those two vehicles are offered with manual transmissions. Moreover, Cadillac told Road and Track that 33% of ATS-V sedans are sold with manuals, so it seems out of place that FCA wouldn’t offer a stick shift.

The reason the automaker declined to offer the manual transmission in the US was due to low market demand, but Alfa Romeo will still offer the Giulia with a manual over in Europe.