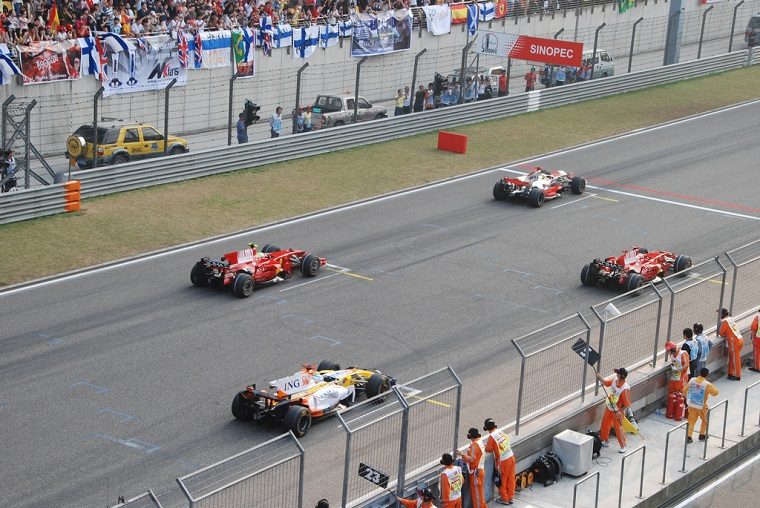 Charlie Whiting, Formula One’s race director, is the man behind the start lights at every Grand Prix on the calendar. For the 2018 season and on, the restart procedure for races that have been stopped by a red flag will be changed, and while some have raised concerns that the new rules could lead to “carnage,” Whiting says the fears are overblown.

“No driver has spoken to me about it,” he said. “It seems a bit of an odd comment to me.”

Currently, restarts following red flag periods are made from behind the safety car. While the safety car is on the track, the drivers bunch up and follow it at low speed without overtaking each other. Once the safety car returns to the pits, the lead driver sets the pace and dictates when the restart takes place before the group reaches the start/finish line.

From 2018, the restarts will instead be made from the grid, mirroring the start of the race. According to the FIA, Whiting will decide the procedure at the time of the stoppage based on track conditions.

Adopting the new procedure should, in theory, lead to more exciting races. Because of the current aerodynamic regulations, overtaking throughout the races has become less frequent, and standing starts tend to provide the greatest opportunity for overtaking, more so than safety car restarts.

However, some drivers expressed concern over the new procedure after trials were conducted during pre-season testing in Barcelona. Romain Grosjean, driving for Haas F1, was especially critical.

Car Buying FAQ: The answers to your most common questions

“Safety-wise I’m a bit concerned,” the French driver said. “To me it could be carnage. You could lose the car in a straight line. Honestly, I was not having much fun, just trying to upshift and downshift was tricky.”

However, his concern stemmed from the assumption that the restarts would be made with the cars on used tires, which could indeed lead to potential disaster as the drivers not only find themselves with far less grip than usual but also with extreme grip differences compared to their competitors.

Whiting, on the other hand, believed that to be a strange assumption, as the teams all put on new tires whenever the red flag comes out in a race scenario, which was not the case at the Barcelona tests. “I think the grip was quite low in Barcelona anyway, and they didn’t put on new tires because it was a quick procedure. So I am not overly concerned about it.”