Fernando Alonso Will ‘Definitely’ Return to the Indy 500 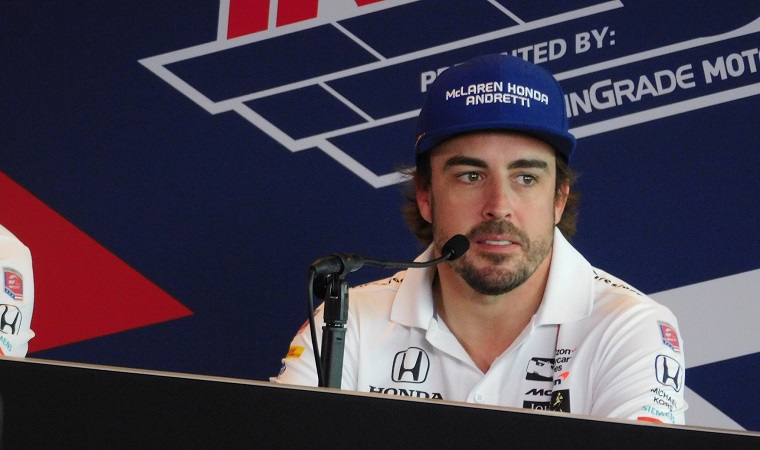 Fernando Alonso had led 27 laps and was in contention for the win at his first Indy 500 when his Honda engine began to smoke, but he hasn’t let that bring down his attitude toward the race.

Given that less than a month before he had never sat in any IndyCar, Alonso’s performance can be counted among the best in the history of Indy 500 rookies—though of course, with two Formula One world championship titles under his belt, Alonso is as far from a rookie to open-wheel racing as it gets.

Despite the engine failure, however, Alonso is eager to return to the Indy 500, which he sees as a challenge yet to be completed—the second stage of earning the Triple Crown of Motorsports, which includes winning the Monaco Grand Prix, the Indy 500, and the 24 Hours of Le Mans.

When asked whether he was hungry to return to Indy, Alonso’s response was “Definitely, yes … Let’s see what happens in the following years. I need to keep pursuing this challenge, because winning the Indy 500 is not completed.”

Alonso described his time at Indy as a “great experience” and is confident that he would have been in a good position to fight for the win had the engine failure not occurred and had some of his rivals not benefited from caution periods.

“With a trouble-free race, Ryan [Hunter-Reay], Alexander [Rossi] and myself would be half a lap in front of everyone,” he said. “That is the nature of this race. Even with some unlucky moments of yellow flags, we were in the mix. I think I had a little bit in the pocket before the engine blew up.”

He’s probably right: before the engine blew up, Alonso had been conserving his tires for a final sprint even as he moved up the field behind Takuma Sato, who went on to win the race. If he can return to the Indy 500 in a capable car, there’s no doubt he’ll be one of the ones to beat.