FIA Wants New Overtake-Friendly Wings for 2019, But Teams Say No 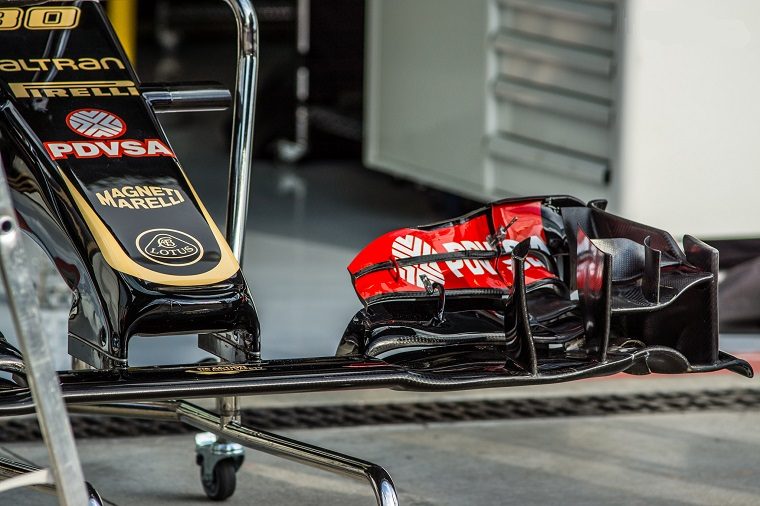 The FIA wants to push regulations for new front and rear wings for the 2019 Formula One championship, but the teams are not playing ball. For such a last-minute change, the FIA would need 18 out of 25 votes in the Formula 1 Commission, but it is unlikely to get them—and it needs to happen by April 30, the last day to make changes to the 2019 technical regulations.

Supposedly, the new wings would help facilitate on-track overtakes, the lack of which is currently one of the sport’s major problems. The rear wing would get a bigger flap to increase the effect of the drag reduction system (DRS), which raises the flap in straight lines to increase top speed, and the front wing would lose their “cascades” and be overall simplified.

The complexity of the current front wing—and thus its sensitivity to anything but perfectly still air, undisturbed by the wake of another car—is believed to be the major cause of the overtaking problem. The new wing, as tested by the FIA, should make it much easier for the cars to follow each other. Reportedly, it could even disadvantage the lead car.

Buying a New Car? Have you considered buying used instead?

So why are the teams saying no? The principal issue is that the front wing is not just a standalone part of an F1 car. The entire car works as a unit, and changing the front wing would require the teams to change the entire aerodynamic concept upon which their car is built and redesign the whole thing. Even now, a team couldn’t use the front wing of a competing F1 car without totally ruining its aerodynamic performance.

Furthermore, with major aero regulations having already been brought into effect only a year ago, it seems too soon to completely overhaul the car designs once again, and on such short notice.

The DRS change would not be as troublesome to implement, but engineers—as well as drivers and spectators—tend not to favor strengthening the impact of DRS, which has already been amplified over the last two years, and whose introduction in 2011 had not been well received.

Buying vs Leasing: The differences, side by side