Editor’s Note: When The News Wheel first ran this story on June 19, the article reported that Director Wosskow worked on the film alongside BMW. However, Wosskow only presented the film to BMW, with no direct collaboration with the automaker. The article has since been corrected to reflect this.

During Father’s Day this past weekend, sons and daughters across the country took the opportunity to present their fathers with gifts of gratitude. Some of them undoubtedly gave dad the classic Father’s Day tie, whereas others might have given their fathers more unconventional presents.

Film director Toby Wosskow decided to honor his father in one of those unconventional ways. That’s why Wosskow created a Father’s Day short film, featuring a star-studded lineup of BMW vehicles.

Wosskow’s own experiences with his father were a primary motivation behind the film’s creation. The director states that when he was young, he used to view his father as an “immortal super hero.”

“He couldn’t get hurt or sick, he couldn’t cry or make mistakes,” Wosskow explains.

However, when Wosskow was around 14-years-old, his father suffered a near-fatal heart attack. The incident left Wosskow with a realization about his father.

“When he was in critical condition following his heart attack, I had to quickly come to terms with the fact that he’s not invincible,” Wosskow says. “He’s human just like me.” 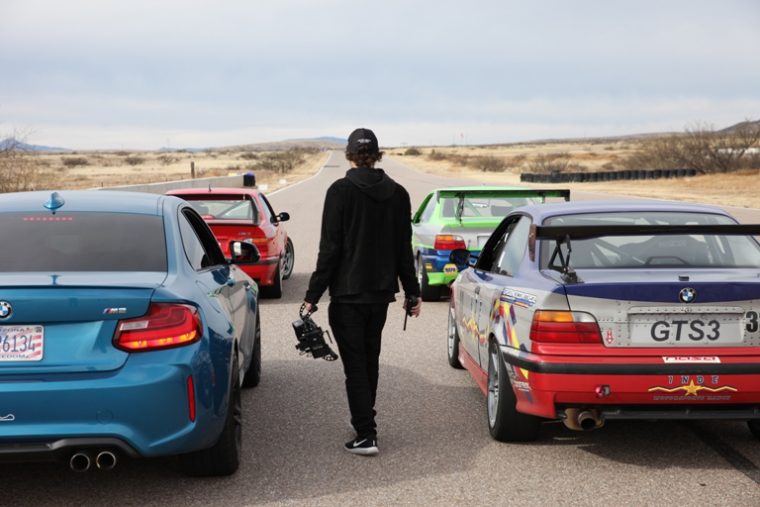 BMW vehicles lined up and ready to race for the film
Photo: Alex Crosby

Wosskow reflected on the new perspective his father’s injury provided him with, and ultimately he decided to use it as the primary motivation for creating his next film project. Employing an automotive theme seemed like a natural fit, as Wosskow’s father worked as a semi-professional racecar driver during a sizable period of his life. He would often teach a younger Wosskow about the world of racing.

“When I developed the idea for this film, everything flowed so naturally because it was coming from such an honest place,” Wosskow states.

During Wosskow’s film, a handicapped race car driver reminisces about his glory days out on the race track. His son, who recently received his driver’s license, decides to pay his father back for everything he has done, courtesy of a trip around the track in a BMW M2.

The film, titled “What Drives You?”, can be viewed below:

Wosskow wasn’t the only member of the film crew with a passion for both racing and fatherhood. Brian Richards, the actor who plays the father in the film, actually was handicapped for several years. Being a fan of adrenaline-inducing activities, Richards often struggled with his handicap, a feeling he replicates during the short film.

Kai Goddard of Inde Motorsports also worked with Wosskow on the film. Goddard’s father raced BMW vehicles for more than 20 years, so he wanted to honor his father by working on the film project. 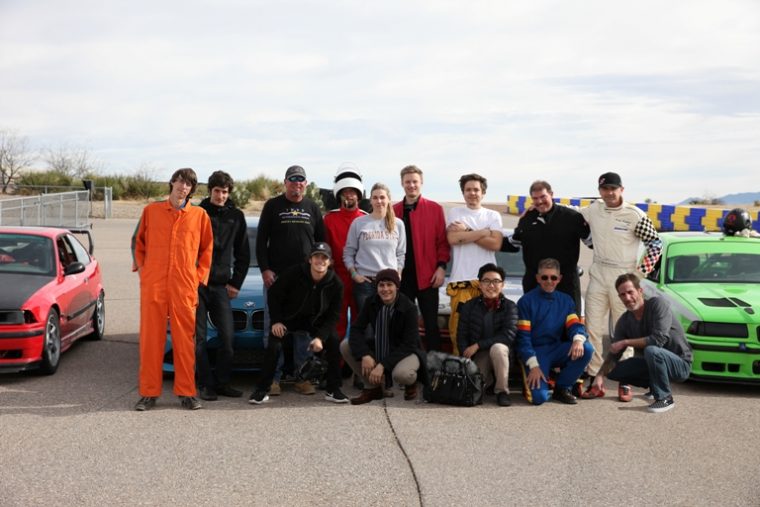 Filming was somewhat difficult for the production crew, as the team had to film in conjunction with the sun’s position in the sky in order to properly use its natural lighting. This would often result in working 18-hour days.

Nevertheless, once the film was completed, Wosskow knew that his production crew had created a narrative with a strong central message that would resonate with fathers and their children everywhere, especially on Father’s Day.

“I think we all felt like we had created something special,” Wosskow says. “It’s a universal reminder that sometimes our fathers need us just as much as we need them.”