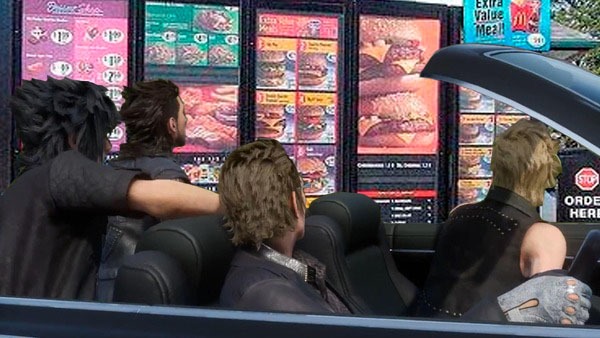 Thanks to its fans, Final Fantasy is developing a sense of humor
Photo:Hector Bruce and Atomic Flowers

It all began with a the original trailer for Final Fantasy XV (which you can watch below) that featured Noctis and his crew travelling the countryside and avoiding humongous creatures in a hot black convertible. Apparently, the world thought a gang of shrieking leather-clad men in a convertible wasn’t as badass as it was meant to be.

But, the game’s producers quickly saw a viral marketing opportunity and now the internet is flooded with hilarious Final Fantasy XV car memes.

Choose Wisely: Obviously you should buy Final Fantasy XV, but should you buy or lease your next car?

Earlier this month, Hajime Tabata, director of the upcoming entry in the blockbuster series, addressed the Final Fantasy XV car memes seemingly poking fun at the game which had been appearing on the internet. Users had been taking the original footage of the main characters below…. 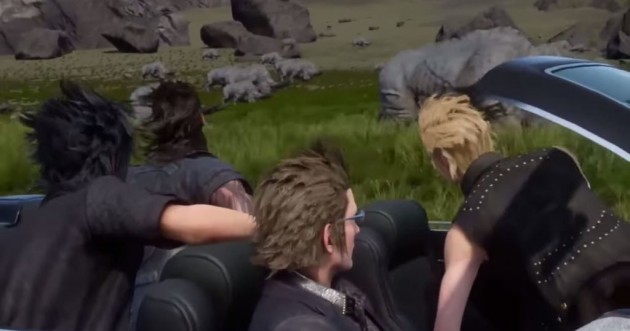 The original footage of the road trip in Final Fantasy XV
Photo: Square Enix and CommunityGame

…and “Photoshopping” a number of other backgrounds in place of the original footage (such as ordering drive-thru meals at the local fast food joint). Needless to say, Tabata, with his sharp sense of humor, found them hilarious.

At first, the game’s producers weren’t too thrilled with the way users were riffing on their product. But, when Square Enix producer Shinji Hashimoto heard about Tabata’s encouragement of making memes, the gamemakers uploaded public PNG files that fans can work with.

Tabata realized what Square Enix didn’t. Internet fans can be a powerful viral marketing tool, so getting the fans to spread word of and marketing the game on their own yielded a rich advertising opportunity.

Some of Our Favorite Final Fantasy XV Car Memes

While game sites, social media, and personal blogs have been flooding with creative, and occasionally bizarre, Final Fantasy XV car memes this month, we’ve come across some true gems worth sharing. Thus, here are some of the best detours and passers-by in the Final Fantasy XV road trip:

Have any more hilarious Final Fantasy XV car memes to share? Grab the originals here and link/post yours below!