Finally, a 2016 Chevy Camaro Teaser that Shows some Skin 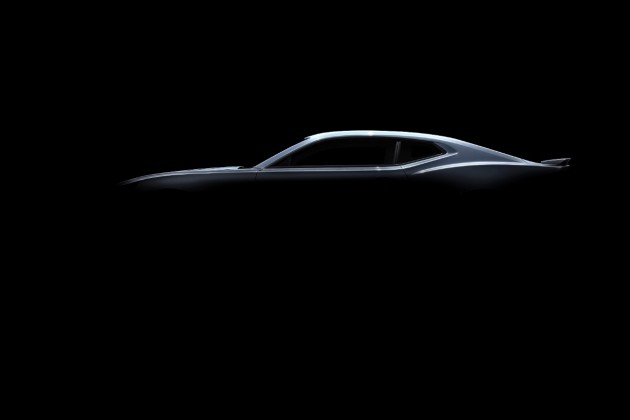 The point of a teaser photo is, as one might infer, to tease. To simultaneously expose… and conceal. To illuminate… and darken. To excite… and frustrate. To whisper suggestively in your ear… that you should go take a cold shower.

However, in the lead up to the May 16th debut of the new 2016 Chevy Camaro, General Motors’ PR department has been playing everything a little too close to the vest. The American automaker’s teaser photos have been maddeningly conservative. The company has shown us pictures of the sixth-gen Camaro’s new aluminum instrument panel beam, exhaust system, brakes, and butt. But they still haven’t given us a decent peak at the actual car itself… until now.

Today GM released a teaser photo (above) of the 2016 Chevrolet Camaro that shows the outline of the new model, as well as a new shot of the front grille: 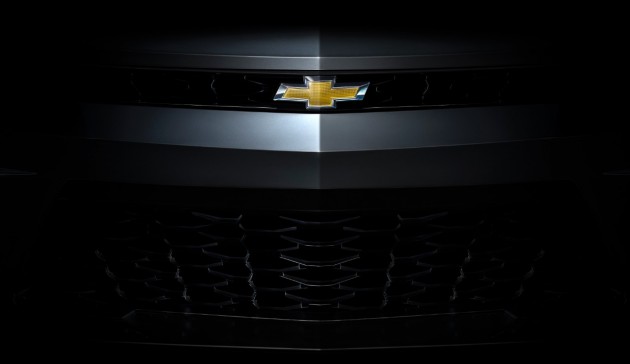 The outline of the vehicle looks a lot more sleek and slender than the current fifth-gen Camaro (which makes sense, considering the muscle car’s impressive weight loss regimen).

Presumably inspired by Meghan Trainor, General Motors says that the new Camaro is “all about that aero,” and the company has the stats to prove it. According to GM, the automaker put the 2016 Camaro through 350 hours of wind tunnel testing to ensure a marked improvement in reduced aerodynamic lift.

“The importance of aerodynamics increases exponentially as we increase vehicle performance,” said Exterior Design manager Kirk Bennion. “As engine output increases, we need more engine cooling. As acceleration and top speeds climb, we need to reduce lift for better high-speed stability. However, we cannot make any changes at the expense of increasing drag, which can hurt fuel economy.

“To balance these different aerodynamic targets, we tested literally hundreds of changes on the new Camaro, millimeters at a time.”

He’s not kidding—the initial design apparently called for the lower grille bars to be set at a 20-degree angle to the horizon, but after hours of testing, the design team switched to a 13-degree angle. Why the change? It resulted in a 1% improvement in engine-cooling airflow.

The team was also able to reduce total aerodynamic lift by 30%, simply by ditching the traditional front air dam and instead developing a flush belly pan that runs from the Camaro’s front grille to its center.

Just four more days until the 2016 Chevy Camaro makes its Detroit debut on Saturday, so be prepared for more teasers (and, if we’re lucky, some good leaks).