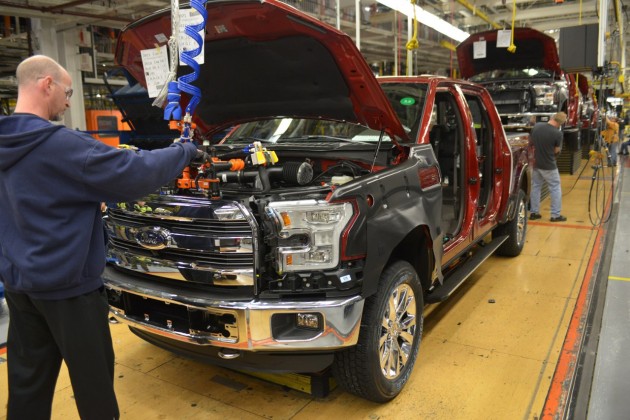 The time of the 2015 Ford F-150 is almost nigh. Production began today at the Ford Rouge Center in Michigan, where the first 2015 F-150 has rolled off the line and prepares to make the trek to any one of thousands of showrooms across the country.

The new F-150 has been a major talking point in automotive since it made its debut back in January at the Detroit Auto Show, thanks primarily to a comprehensive suite of new technologies and an innovative aluminum-alloy body and bed.

Combined with the expected power and performance of the best-selling full-size pickup truck in the United States, this generation’s F-150 stands to redefine the segment once again and is already a clear-cut frontrunner for the 2015 North American Truck of the Year award at this year’s NAIAS.

While the first 2015 F-150 comes from the Dearborn Truck Plant at the Ford Rouge Center, examples will also be manufactured at the Kansas City Assembly Plant in Claycomo, Missouri some time beginning in Q1 2015. Between Dearborn and KC, Ford will have the capacity to accommodate more than 700,000 trucks for the F-150’s 90 global markets. 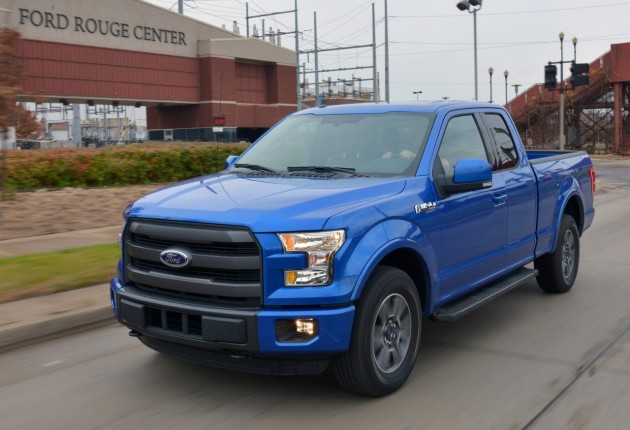 “The all-new F-150 is a showcase of innovation and class-leading capability for truck customers,” said Mark Fields, Ford president and CEO. “It underscores the product excellence and innovation we are delivering in every part of our business as we accelerate our pace of progress toward profitable growth.”

The 2015 F-150 is scheduled to ultimately go on sale in December, meaning they should be arriving at showrooms just in time for the holiday season.