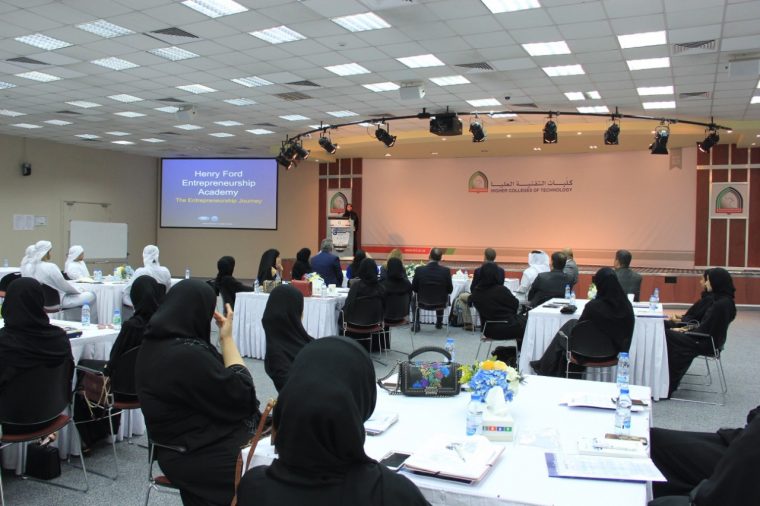 Ford in October carried out its first Henry Ford Entrepreneurship Academy in Abu Dhabi, the fifth workshop of its kind offered in the United Arab Emirates.

Previous workshops were held in Sharjah, Ras Al Khaimah, and twice in Dubai. The intention of the HFEA workshops is to provide resources, education, and confidence to up-and-coming entrepreneurs — particularly female entrepreneurs — in the Middle East.

“The number of small and medium enterprises in the UAE has been growing at a rapid pace, and there’s been a 10 percent growth since 2016,” said Simonetta Verdi, director of Government and Community Relations, Ford Middle East, and Africa. “In fact, SMEs comprise 95 percent of businesses in the country, which stresses the importance of providing innovative opportunities for the next-generation of business leaders in the UAE.”

Ford notes that the UAE is outpacing nations like Japan and Singapore in terms of the contributions of young entrepreneurs. Because of this, it sees the opportunity to use its partnership with the Higher Colleges of Technology to foster creativity and ingenuity in a new crop of thinkers who could feasibly contribute to making both its industry and the world at large a better place.

The Oct. 29-31 HFEA workshop at the Higher Colleges of Technology’s Abu Dhabi Women’s campus covered “The Entrepreneurship Journey,” providing 32 participants with the opportunity to learn the skills necessary to turn their ideas into reality. There was also a pitch competition, which was won by third-year Electrical Engineering Technology student Maitha Al Hosani, who was rewarded with consultation from a start-up strategy firm for her pitch to create a fire alarm for the hearing impaired.