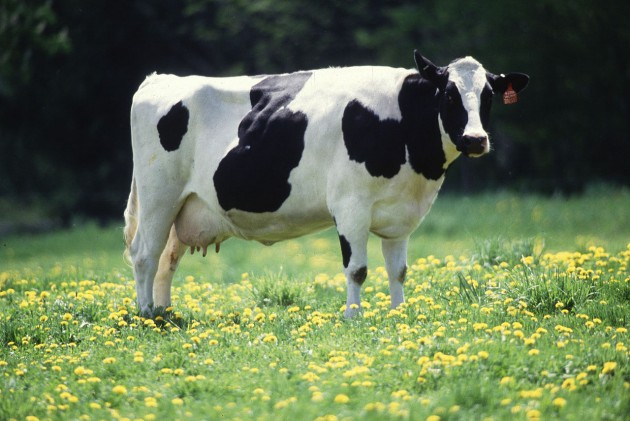 A semi-truck carrying 120 cows overturned on the interstate today

According to reports, the accident occurred earlier today and was the result of distracted driving. Hours after the accident, which involved two semi-trucks, cows were still being found, some as far as five miles down the highway. Vehicles were even crashing into them, as the drivers likely did not expect a herd of cattle to be chilling in the left lane as they came around the bend.

As if that’s not strange enough, another semi crashed nearby while getting on the highway. And what was that truck transporting? Not cows, but cow byproducts. Reports say that an entire load of ice cream that the truck had been carrying was smeared across the roadway.

Other animal species here in the States are growing concerned for their wellbeing when being transported. One giraffe was even quoted as saying the following:

First they came for the pigs, and I did not speak out—
Because I was not a pig.

Then they came for the sharks, and I did not speak out—
Because I was not a shark.

Then they came for the cows, and I did not speak out—
Because I was not a cow.

Then they came for me—and there was no one left to speak for me.

In all seriousness, though, this does speak to the lack of safety restrictions enacted in this country for the safe transport of animals, specifically those that are not domesticated (pets). For example, the semi-truck carrying the pigs had 2,200 animals in it–2,200 in one truck! Subaru is currently funding research on the safety of transporting pets while travelling, but we as a nation have a long way to go in the animal rights movement—both on and off the road. That this most recent accident was caused by distracted driving, and brought harm to both animals and people, is an even greater signal of the various changes that need to be affected here, for animals and for humans.

I’m not asking for a revolution here, but maybe the next time you’re behind the wheel, put down the cell phone and make sure your dog is safely secured in the back seat. Baby steps.